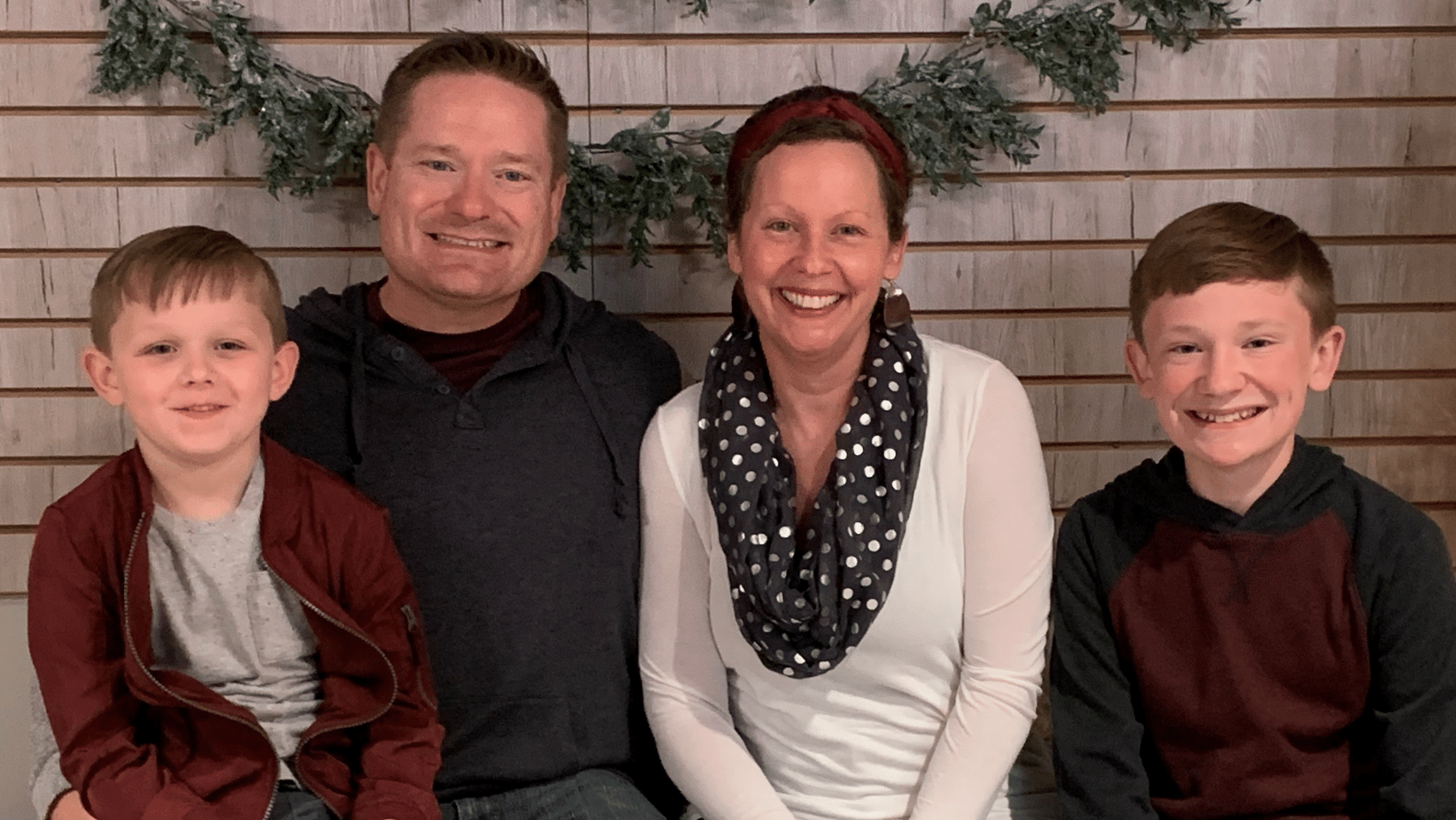 Melanie Mergler lived in Canada for two years but always made sure to do health checks in the United States when she came back for the holidays. One year, she came back for her mammogram and was diagnosed with Lobular Carcinoma in Situ (LCIS)— a precursor to breast cancer.

She decided to do a vigilant screening over the years. Melanie was scheduled for an MRI alternating with a mammogram every six months.

The screenings were simply routine for four years until something showed on an MRI in 2020.

After her yearly checkup and an MRI, Melanie was called back for an ultrasound with a potential biopsy.

A biopsy was performed, and Melanie received devastating results: She had a small tumor in her left breast, which was determined to be invasive ductal carcinoma.

She took the diagnosis hard because she had recently watched her mother go through a lung cancer battle. Melanie was diagnosed on April 1 and her mother died on April 12.

“I was wrecked—it was very difficult. It was really scary because I was looking at what cancer does to someone when it is far along,” Melanie says. “I was newly diagnosed, scared, sad, and almost desperately pleading.”

Because of the markers found, Melanie wanted to pursue aggressive treatment. She worked with her oncologist and breast surgeon to determine a treatment plan.

“I just wanted the cancer out and to do whatever I could so I was at the lowest possible risk to get it again,” Melanie says. “I have two sons, and I want to live as long as I can for them.”

Her team of doctors understood the urgency. They reviewed every option available with her and moved forward with a lumpectomy with sentinel node biopsy, chemotherapy, and then a double mastectomy.

A different kind of reconstruction surgery

After a successful lumpectomy and chemotherapy, it was time to prepare for her double mastectomy surgery. Four surgeons worked together to perform the surgeries, expediting the long process.

Melanie knew she didn’t want implants, leaning towards no reconstruction at all. Dr. Fox and Dr. Markov helped Melanie consider how life may look for her and her body if she didn’t pursue reconstruction.

Although not having reconstruction was a legitimate choice, before Melanie made her decision, Drs. Fox and Markov wanted to make sure she knew all her options. They brought to her attention something she hadn’t considered: bilateral microsurgery, which would use some of her own tissue (from her abdomen) to reconstruct new breasts.

For Melanie, pursuing this option meant more than avoiding implants. It meant that as Dr. Tuttle and Dr. Weighall carefully conducted the double mastectomy, Drs. Fox and Markov would simultaneously use part of Melanie’s body to reconstruct new parts of her body. Melanie’s body would still fully be Melanie. And that put her heart at ease.

It was this wellness-focused care from her entire care team that made all the difference for Melanie.

The double mastectomy with simultaneous reconstruction was a success, and she left the hospital 48 hours later. She is scheduled for phase two surgery, where her doctors will make minor adjustments now that blood flow has been securely established and the tissue has settled.

“They’re trying to get my breasts as close to as they were before the cancer,” Melanie says. “The surgery went better than expected. I feel great and I am doing really well.”