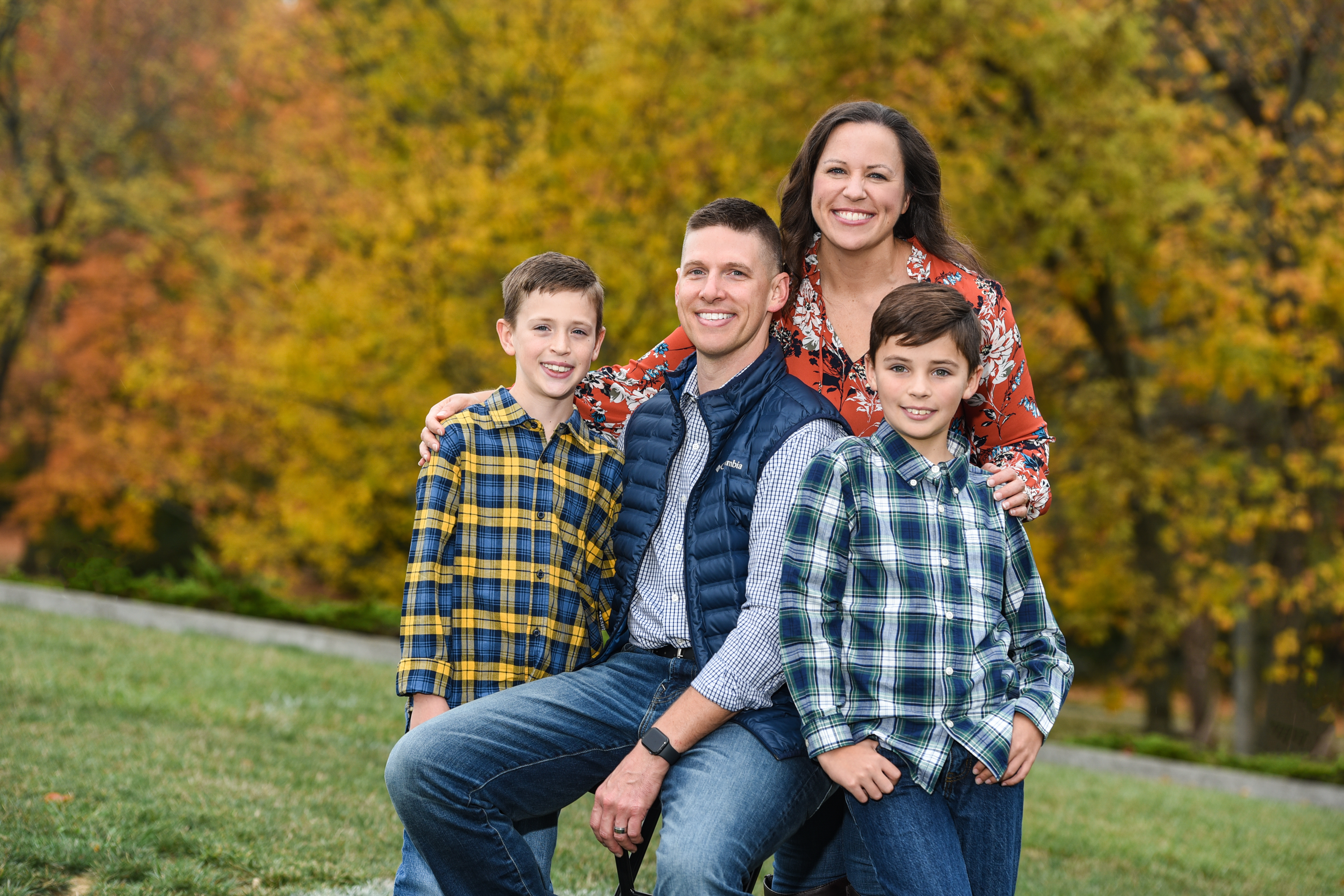 The technical thrill of surgery and the unmatched joy of delivering babies drew Dr. William Alter to obstetrics and gynecology. A successful obstetrics rotation led him to declare his specialty during his third year of residency.

In this specialty, new parents’ bliss balances the days of delivering difficult—sometimes terrible—news to patients. As he made his rounds, Dr. Alter envisioned starting his own family, picturing his wife, Kelly, as one of those excited parents. But he never considered being a patient on the receiving end of terrible news.

“We decided we were going to try to have kids in 2006,” said Dr. Alter. “Nothing happened. Finally, in 2008, we started seeing infertility specialists.”

The Alters opted to try multiple procedures to start their family. As the list of treatments and medical bills grew, hope began to fade. But one round of in vitro fertilization (IVF) changed everything.

At the six-week ultrasound, the Alters discovered their family would grow by three: they were having triplets.

“We were over the moon; we were so excited,” Dr. Alter recalled. “The doctors were freaking out because it was high risk, but we were so happy.”

Their joy persisted for months as Dr. Alter rounded out his third year of residency, and Kelly watched her body become a home for three new lives.

August 11 was Dr. Alter’s birthday. And it was Kelly’s 20-week ultrasound, where the best gift he could receive would be news that his three babies were healthy and strong.

Everything looked great—until it didn’t.

“Right on the screen in front of us, we saw her cervix dilate,” Dr. Alter said.

Kelly was going into labor.

Dr. Alter fought to remain calm. But his medical training wouldn’t betray him; he knew what was happening.

“It was scary, and I tried to hold up hope as much as possible. But deep down, I knew the likelihood wasn’t good,” Dr. Alter said. “I didn’t want my wife to know that. I wanted her to be strong.”

After rushing to the hospital, the Alters discovered one of their babies was already halfway into the vagina. The doctors opted for a few high-risk procedures, desperate to save the pregnancy.

Unfortunately, their first baby delivered. Though the doctor clamped the cord hoping to save the next two, they delivered soon after. The babies were born alive. And the Alters bonded with Addison, Thomas, and Adelaide for a short time.

Infant loss is a world of uncharted territory no one tells you how to navigate.

“It’s one of those things that isn’t really discussed,” Dr. Alter said. “People think they can’t talk about it. The helplessness that I felt as the father—the husband—as I was trying to be strong for my wife yet also get through my own grieving was probably the hardest thing.”

Dr. Alter was overcome with a feeling of unrest, like he needed to do something, but with no idea what. The Alters had called their priest when the babies were being born. As they sat in the hospital room, Dr. Alter asked him, “What do we do now?”

“He responded, ‘We just sit here,’” Dr. Alter recalls. “Knowing he was there for support showed me a new perspective—when these things happen, you don’t always have to say something. Just be there.”

Through the following months, the Alters found comfort in their families’ presence and the understanding of a support group. Though they knew this loss was something they would never “get over,” time, prayer, and love brought them the healing that told them they were ready to try again.

Faith in another try

With grief in one hand and a glimmer of hope in the other, the Alters knew they wanted to try to have a family. They continued on their infertility journey and, once again, became pregnant—with twins.

“The whole time, I’m waiting for the bottom to fall out, thinking, ‘When is something bad going to happen?’” Dr. Alter said. “But every week we got through was better.”

Today Dr. Alter has two healthy, active, smart, 10-year-old boys—Liam and Patrick—who bring the Alter family joy and serve as a beautiful reminder of what they have overcome.

“I couldn’t be more grateful for my boys,” Dr. Alter said. “I always think I wouldn’t have my boys if we had the triplets. We wouldn’t have continued having kids. I can’t say things happen for a reason, but my boys are a blessing. They don’t replace our other three, but it does help us heal.”

One might question whether someone who experienced this tragedy would want to continue in a job that surrounds him with expectant parents, childbirth, and babies every day. But Dr. Alter’s career choice never wavered.

“It didn’t change what I wanted to do, but it definitely changed how I practiced,” he says. “It gave me a little bit more empathy and knowledge to talk to women in that situation.”

Loss and grief engulf both patients’ and physicians’ lives. And Dr. Alter hopes families experiencing this kind of loss know they have support in their physician.

Though he doesn’t share his story with every patient, Dr. Alter offers the care, empathy, and presence that have been shaped by his story. He, more than most, knows how to “just be there.”