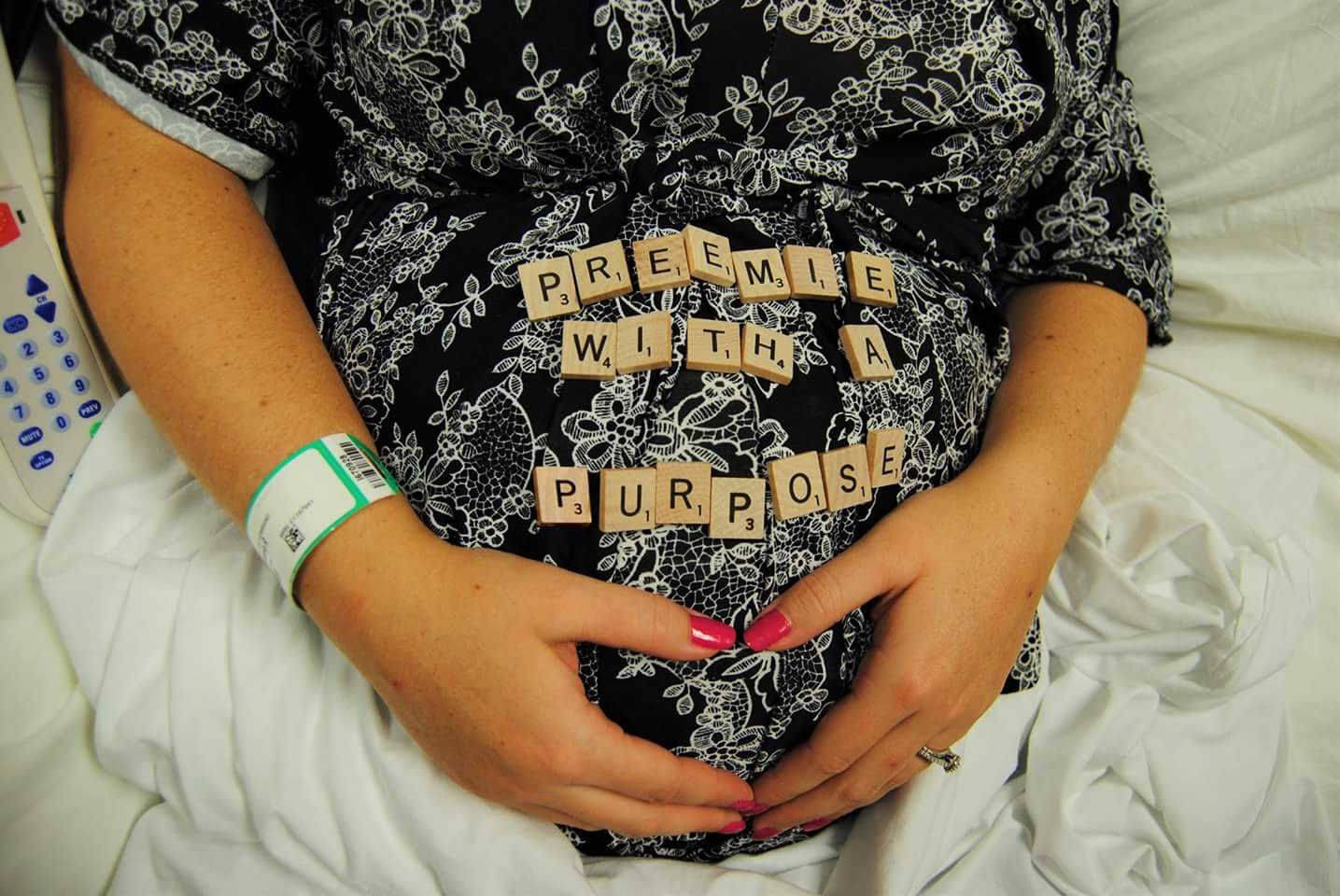 As a parent, nothing compares to the relief that washes over you upon realizing your child is OK. Whether you found your five-year-old after he wandered off playing on the playground or felt your unborn baby kick after a scare, there’s nothing else you could ask of the world.

Carrying the weighted pain of other parents who weren’t so lucky, you expect to walk away unscathed.

But Bethanie Shepherd knows all too well that a near miss with your worst fears doesn’t always leave you without scars.

Bethanie braced herself in her seat, looking out the car window, wondering how this could have happened.

Less than 24 hours earlier, she was up and working, caring for patients as an inpatient rehab nurse. Even that afternoon, she pulled weeds and tended to her flower bed. She had had a normal pregnancy, keeping her activity—and her hopes—high. But as she entered her 32nd week of pregnancy, Bethanie’s water broke unexpectedly.

“I knew something was wrong,” Bethanie said. “I was frantically Googling: What does this mean? What is the viability at 32 weeks?”

Panicked, she called her parents to watch her stepsons so her husband could drive her to Southview Medical Center. Bethanie was convinced she lost her baby.

“The whole way there, I didn’t feel her move,” she said.

Worst-case scenarios flooded her mind: How would she explain to her kids that their sister didn’t make it?

As Bethanie and her husband approached the hospital, she felt her baby kick.

Bethanie’s care team placed her on bed rest, suspecting a placental abruption. When she reached 34 weeks, they induced her.

Bethanie had chosen an all-female team of physicians. But this was weeks before her due date, and they were all out of town. Bethanie no longer had her birth plan to lean on for comfort and reassurance.

On September 11, 2016, Gabriella (or “Ella”) made her way into the world. Bethanie was overwhelmed with relief and gratitude.

“While I truly don’t understand why things happened the way they did, God had it all under control,” Bethanie said.

The reality of prematurity

What Bethanie didn’t anticipate, though, was the intense grief that comes with having a premature baby. Ella spent several weeks in the Special Care Nursery at Southview Medical Center.

For the first few hours, she needed a CPAP machine to breathe. And for the first few days, an IV sustained her. The following weeks held many challenges for Ella as she learned to eat supplemented by a nasogastric tube.

Each morning, Bethanie drove to the hospital to stay with Ella. And each night she drove home, preparing to repeat the process.

“Spending nights away from my long-awaited newborn was an incredibly difficult time of grieving I had no understanding of at the time,” she said.

Being separated from her child, having her family in two different places, and waiting weeks to finally bring home her kids’ newest sibling, Bethanie started to feel the toll of the process.

Soon after returning from maternity leave, Bethanie applied for a new job. Having gone to school to be a NICU nurse, Bethanie saw her dreams come to fruition as she began working at Kettering Medical Center.

Bethanie saw many happy endings in her patients’ NICU stories. But she also witnessed high hopes evolve into deep sadness.

“I didn’t heal my own trauma or begin to truly understand any of it until I connected on a deeper level with the moms in the NICU and we shared our stories,” she said.

Through her own experience and work, Bethanie learned that having a premature baby is a loss in its own way. Labor, delivery, and those first months turn out to be nothing a mother expects. And it’s OK for her to mourn the way she thought it would go.

“I have no doubt God used our story to give me a new lens of compassion and empathy I wouldn’t have had otherwise,” she said.

If anyone told Bethanie—as she drove her car 45 minutes every morning for two weeks to see her newborn child in the hospital—that things were going to be OK, she wouldn’t have believed it. Immersed in grief, she couldn’t see the way out—until she made it there.

At 18 months, Ella knew her ABCs. A thriving and fiercely smart four-year-old, she completes 1st grade–level workbooks for fun. She’s also a very proud big sister to Sophia, who was born full-term in 2019.

Bethanie’s story shows women who are struggling that it does get better. Most importantly, she hopes to reassure parents that what they’re feeling is valid and to encourage them to take care of their whole selves.

“Family and friends think, ‘You still have a baby. Congratulations! That’s really exciting.’ And it is, but it comes with huge grief because it’s not what you ever imagined,” Bethanie said. “You have to give yourself space to grieve your own story that’s not what you expected.”

Bethanie hopes her story helps those on lonely journeys feel less alone and gives purpose to their pain. She was inspired to share her journey when her physician, Dr. William Alter, opened up about his experience with infant loss.

Bethanie hopes her story guides other parents to find those connections through shared experience and healing.

Our OB-GYNs give their best so you and your family can enjoy life's best.