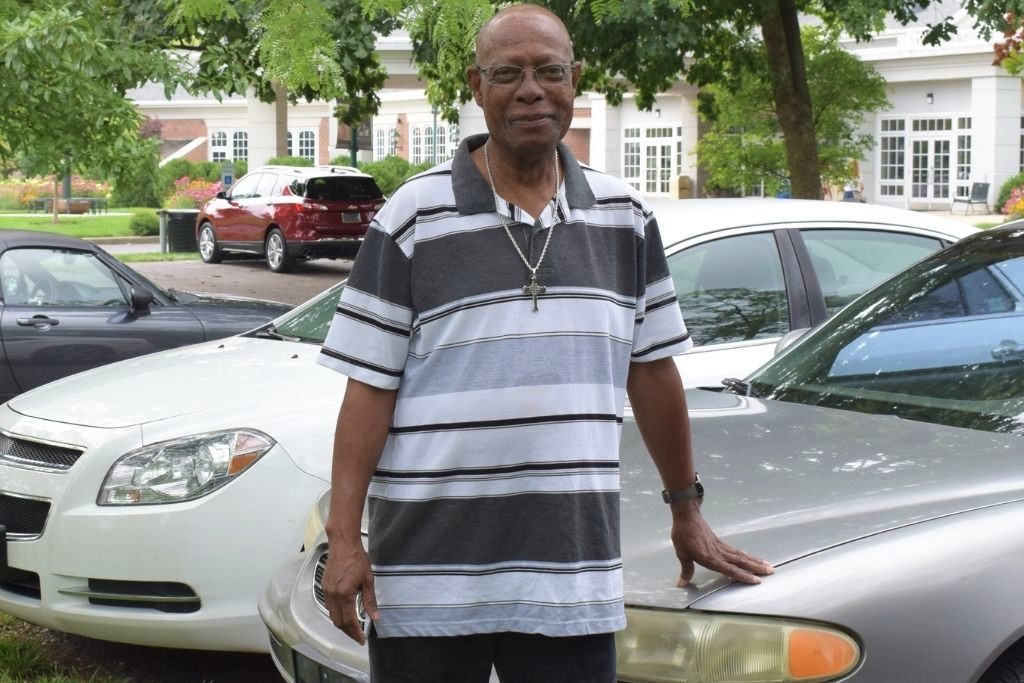 It’s common to run out of breath walking up a hill or running a mile. But what about taking a shower? Or walking to your car?

That was Darryl Walker’s reality.

But a new treatment would change Darryl’s life, helping him walk to his car without needing to catch his breath.

Darryl worries for his future

Affecting many people’s day-to-day lives, emphysema is a lung condition that causes shortness of breath.

“I was really bad off,” says Darryl. “Things got so bad I could barely take a shower or get myself dressed. And to make things worse, I could not get to my car. I struggled for years.”

He experienced shortness of breath that trapped him in his house, unable to work. His health deteriorated until he had to leave his job and go on disability.

He worried about how much longer he could live like this.

“I thought I didn’t have long.”

A new procedure to bring relief

Darryl began taking medication to help manage his disease. It worked (and Darryl still uses it), but his symptoms still restricted his life. Pulmonologist Dr. James Gleason thought Darryl might be a good candidate for the Zephyr procedure.

Traditional surgical options include lung transplants or lung reduction, which are invasive options. The Zephyr procedure is a new, minimally invasive option that sees great results.

Zephyr valves are implanted in the airways via a bronchoscope (a tube with a camera inserted down the throat). These valves deflate parts of a diseased lung where airflow is an issue. By restricting airflow, healthier areas of the lung expand and reduce stress of the diaphragm. This helps patients breathe better.

However, this procedure does come with serious risks.

Why consider a risky procedure?

Dr. Gleason explained the procedure to Darryl, who knew nothing about it. One word came up that made Darryl uneasy: pneumothorax—a collapsed lung.

Darryl had to be tested to make sure the Zephyr procedure would be right for him. While doctors reassured him this could change his life, something still didn’t sit right with him. As he waited for test results, he took the time to do his own research.

It was the stories of fellow patients that convinced him.

“I was kind of scared at first,” he says. “But after reading the testimonies from patients, I got a new lease on life.”

The Zephyr procedure was a success. Darryl had new valves helping him breathe as he recovered in his hospital room. And then the worst began to happen.

His lung was collapsing, and his doctors got to work. They put a tube in his chest to remove the excess air from his lung.

“It was touch and go the first week,” he says. “I was kind of scared.”

After two days, he began to feel better. He was ready to heal and recover.

He recovered at home and felt his lungs beginning to work better. He started doing small tasks and, within days, was on his feet and feeling better than ever.

After two weeks, Darryl was breathing better. His lungs no longer limited his quality of life.

Moving forward, Darryl will see his doctors for additional lung function tests, both to mark his improvement and to make sure his lung does not collapse again. “They are with me every step of the way,” he says.

With their support, Darryl has returned to normal life. He is breathing more confidently and doing tasks he was unable to before.

“I can even make it to my car again.”

Our physicians offer cutting-edge care to help you be at your best.