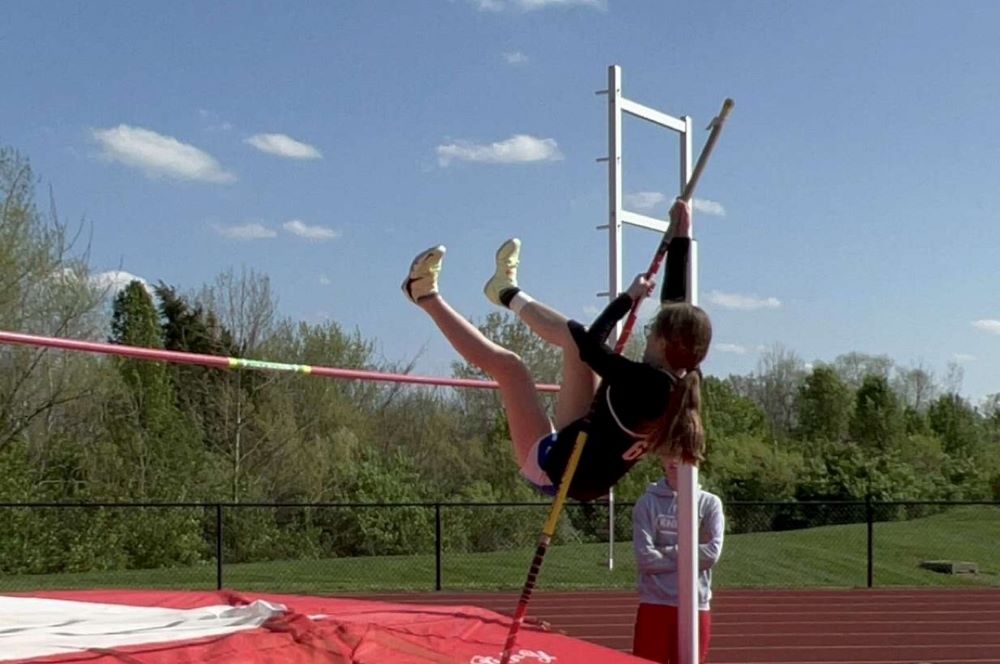 Miamisburg High School freshman Carley Neubauer found a sense of belonging when she joined track and field and swim in middle school.

“I really love being a part of the team and making friends,” Carley said.

However, two stress fractures in her spine forced Carley to take a step back from both teams. Carley injured herself in October during swim and had to wear a back brace until February, keeping her from practicing and competing. In January, she started almost four months of physical therapy in hopes of getting back to her sports.

Despite the support from her family and doctors, Carley says recovery was difficult for her because she couldn’t practice or even move around normally during those seven months.

“It can get very frustrating knowing you can’t do many things or the things you love,” she said.

The power of support

Carley says Dr. Kali Hollingsworth and the physical therapy team supported her throughout the healing process and encouraged her when trying new exercises. She thanks Dr. Hollingsworth and her other caregivers for being there for her when she needed it the most.

“They were really supportive and helped a lot when I felt like I couldn’t do certain things,” she said.

After almost a year, Carley is back doing what she loves. So far, she has competed in three track and field meets and earned her personal record in pole vaulting.

“It felt relieving to be able to do what I love,” she said.