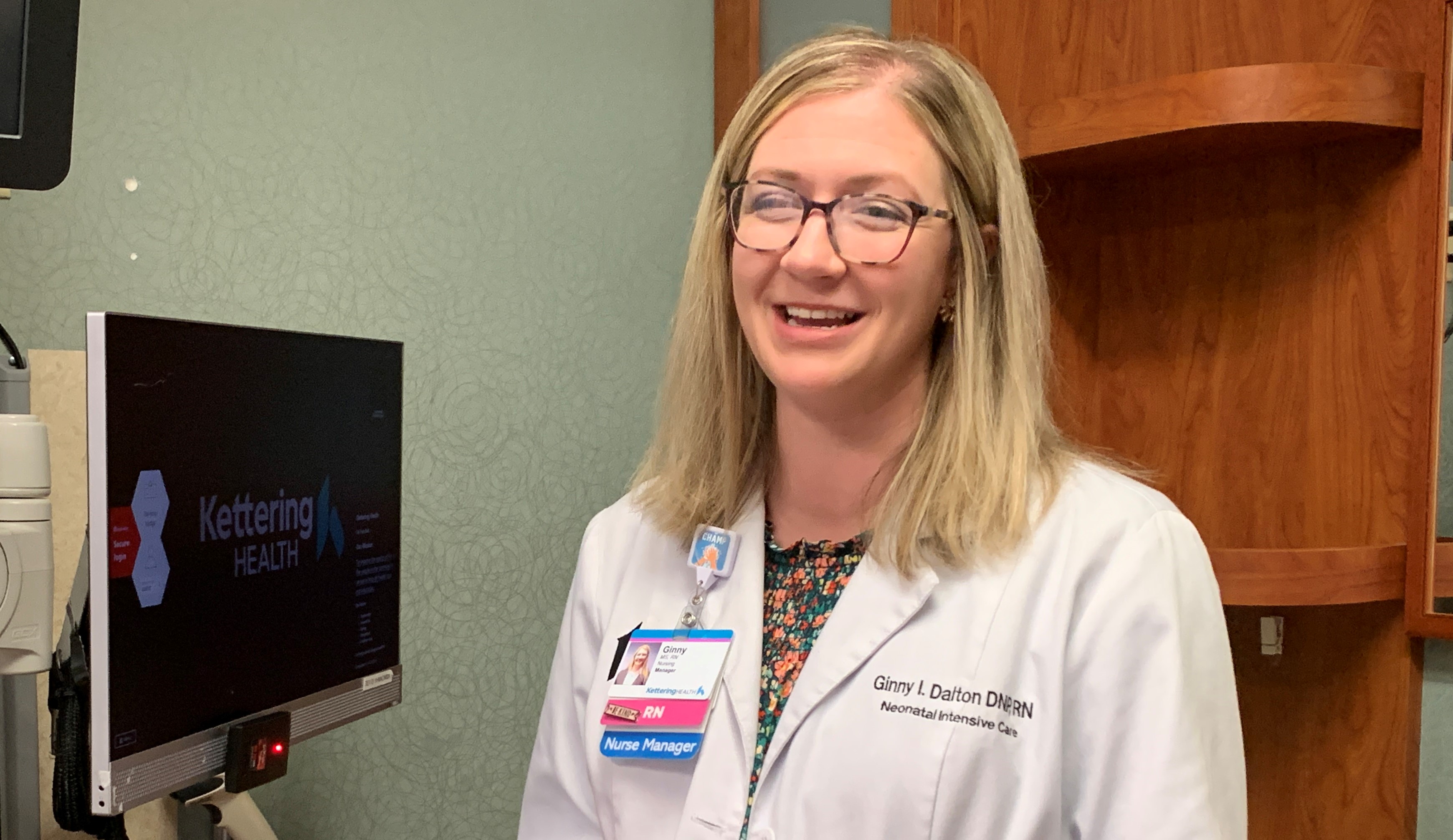 Giving birth involves every aspect of parents’ lives: their emotions, their minds, their hopes and dreams, their stamina, and, of course, their bodies. It can be equal parts exciting and scary, especially if newborns need extra care.

And that extra care can often be found in the NICU, the Neonatal Intensive Care Unit.

When being a parent is difficult

Sometimes a baby enters this world sick; sometimes the mom is sick; and sometimes the baby comes too early. In either case, a baby’s first moments require immediate attention. And in any case, it’s no easy experience for parents.

While parents can be confident of a baby’s care in the NICU—which may be a few weeks to a few months—nothing can remove the difficulty from parents of that first night home without their newborn.

“Physiologically, you aren’t meant to be separated from your newborn,” Dalton says.

It’s a profound reminder of the needed bond between babies and their parents. It’s also a reminder that if that separation is because of a baby’s care in the NICU, that care is designed to get babies home when they’re as healthy as possible.

Even so, the adjustment to life in and outside the NICU can be disorienting for parents.

“Life in the NICU stands still, but life outside continues moving,” Dalton says.

Parents might wrestle with feelings of guilt or confusion as they consider going back to work or even doing household chores while their baby is in the NICU. In those moments, knowing that their baby is in careful, dedicated hands can make all the difference.

Support for your baby and you

“We will help them [parents] every step of the way.” Dalton says. “And that doesn’t just mean helping feed their babies or teaching them how to change diapers or giving them the care that they need. It means truly rallying around them mentally and emotionally.”

It’s normal for parents to feel frustrated, scared, or even guilty during this time. Sharing these feelings with the NICU staff can help.

“I try to humanize everything they’re feeling. It’s not happening just to them. What’s happening is an expected course, and it doesn’t make it easy or more or less hard, but I want them to feel normal,” she says.

Watching nurses care for their baby, some parents might feel as if they’re failing as parents. But no matter how long a baby is in the NICU, the parents will always be their number one caregiver.

“They sit in a position of power and influence that none of us can replace,” Dalton says. “They are still parents to their baby.”

The NICU staff are dedicated to caring for babies and lifting parents up or cheering them along during their NICU journey.

“The highs are really high in the NICU, and the lows are very low,” Dalton says. “But no matter where you’re at with your baby, the nurses are right there with you.”

Extra care and support can be found in the NICU