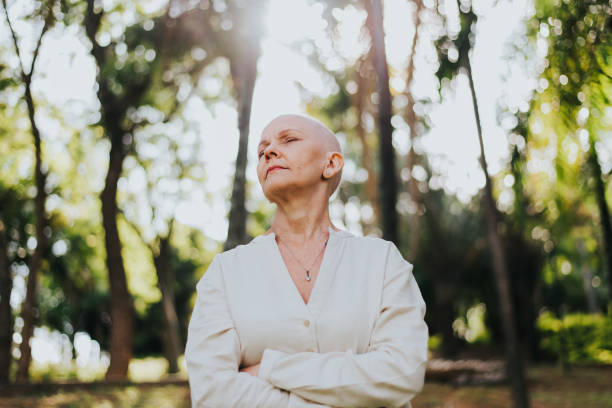 The American Cancer Society estimated that in 2022 more than 130,000 people will die from lung cancer, close to the equivalent of the city of Dayton’s population (137,571 in 2021 census). Lung cancer deaths make up roughly 25% of all cancer deaths—more than breast, colon, and prostate cancers combined.

It’s a staggering number of people. And it’s why Dr. Soumya Neravetla wants others to understand the risks of this disease, and to know the importance of getting screened.

A cardiothoracic surgeon at Kettering Health, Dr. Neravetla points to smoking cigarettes as the leading cause of lung cancer. In fact, inhaling the carcinogens found inside cigarettes causes 80% to 90% of lung cancer cases.

“There are substances in cigarettes that encourage your cells to mutate,” Dr. Neravetla says, “and when you inhale all of those toxins they get lodged in your airways.”

When carcinogens enter the body, they make it more difficult for it to fight the rapid growth of cancerous cells.

And it seems e-cigarettes aren’t much better.

While most of the data linking smoking and lung cancer focuses on cigarettes, emerging studies around e-cigarettes, or vapes, suggests that these devices could also lead to the disease.

“They say ‘vaping,’ which makes it sound like you’re just inhaling some steam. But really you’re inhaling aerosolized particles. All of it is particles whether it’s the flavor or nicotine,” Dr. Neravetla says, explaining why these devices are harmful to the lungs.

The most crucial step in reducing the risk of and fighting lung cancer, according to Dr. Neravetla, is talking about it.

She encourages people to put aside any stigmas or judgments they might have and be open with their doctors to best determine their risk. Doing so may be the difference between avoiding an uncomfortable conversation and catching the number one cause of cancer death early enough to improve their survivability rates, particularly in the five years after a diagnosis.

“[Lung cancer] is stigmatized so people just don’t acknowledge it as much as they should. People don’t realize that lung cancer is the number one cancer killer in men and women,” Dr. Neravetla says.

Fight lung cancer and get screened

Most lung cancer cases are caught in the later stages. Those who smoke should be open and honest with their doctors and should ask about their eligibility to get screened as early as possible.

“Screening is recommended for people who are current smokers or have quit within the last 15 years, have a 20-pack-year history of smoking, and are ages 50 to 80,” Dr. Neravetla explains.

According to Dr. Neravetla, those who catch lung cancer early enough have the option of treating it with surgery rather than chemotherapy or radiation.

Lung cancer is the leading cause of cancer deaths, but it doesn’t have to stay that way. Talk honestly with your doctor and get screened if you are at risk.