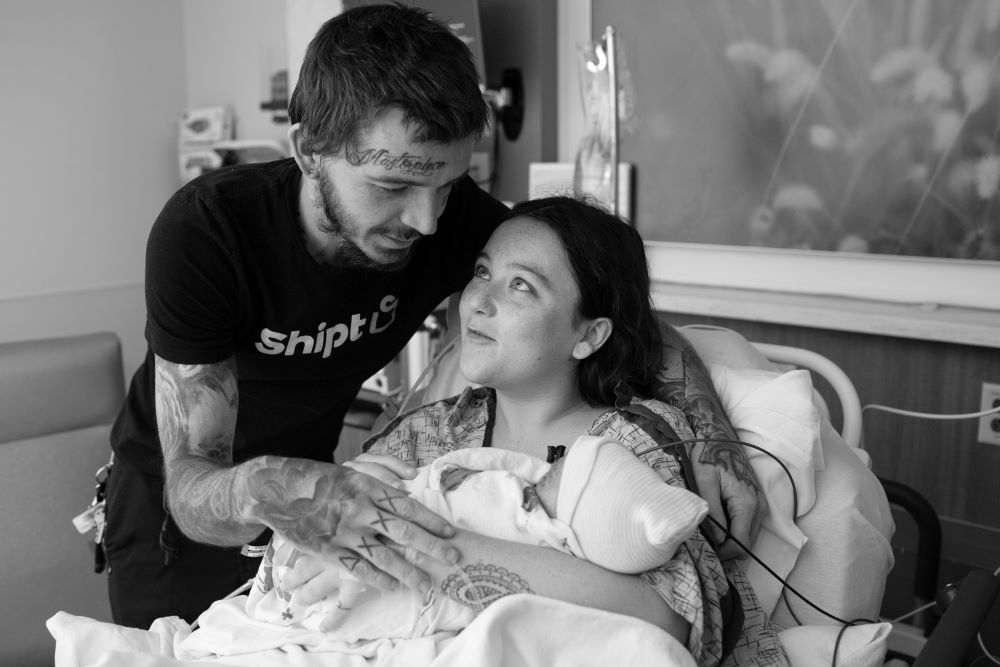 Gemma Gibbs and her husband, Britten, hold their breath as a nurse swipes an ultrasound wand over Gemma’s stomach. The two prepared for a home birth earlier that day, excited to meet their son. However, after complications arose, they rushed to the emergency department at Kettering Health Main Campus.

The nurse continues as everyone listens for that tiny, rhythmic sound. After a moment, heartbreaking silence fills the room.

“I had a feeling, but I was clinging on to that little bit of hope because I knew he had been healthy during the pregnancy. But I just knew,” Gemma said. “Mom’s instinct.”

Their worst fear had been confirmed. Henry, their son, had no heartbeat. Just as she began to grieve, Gemma was prepped for an emergency C-section. Britten put on a brave face despite his own whirlwind of emotions.

After Gemma’s surgery, the two sat in a recovery room, trying to make sense of how one of the happiest days of their lives turned to one filled with pain and sorrow.

A community of support

One thing, however, kept them going during the days that followed: their care team.

At night, Gemma joked with one of her nurses, whispering and holding in her laughter so she wouldn’t wake Britten. She felt a shimmer of hope, an understanding that the clouds would eventually part, even if just a little.

“It was a moment to feel normal for a second. I obviously didn’t forget about everything going on,” she shared. “But it was a relief.”

Another nurse shared her story of losing a child with Gemma and Britten, helping them feel less alone. Their care team acted as a support group, giving them a community in an otherwise isolating time.

“I really believe they had a huge part to play in my healing process,” Gemma said. “Just having people there to listen in my time of need was incredible.”

Before leaving the hospital, Gemma and Britten were offered the opportunity to hold Henry. They didn’t know if they had the strength to see him. But, in the end, they felt they would regret it if they didn’t.

A nurse brought Henry to Gemma and Britten in a private room. Gemma marveled at how perfect he was. She picked him up, holding him tightly in her arms.

“I had always heard of that motherly love and how there was nothing else like it,” Gemma said, “and I never fully understood that until I got to hold my little boy.”

The two looked down at Henry, seeing his tiny fingernails and round face. Although it didn’t erase the pain they felt, sharing that moment with their baby allowed them to begin to heal.

“Even though he passed, I felt like we got to connect with him,” Britten shared.

A professional photographer took photos of Henry and of the three of them together. They held him one more time before leaving the hospital, wishing they never had to say goodbye.

On being a mom

Gemma describes her healing as waves. Some days she’s hopeful and finds she can hold her head above water. Other days the grief pulls her down again. On those days, she reflects on the photos of Henry. She admires the print taken at the hospital of his tiny feet. She knows Henry will always be her little boy.

She remembers the connection she felt looking down at him with Britten by her side. She recalls that irrevocable love she didn’t understand until holding him.

She holds that memory close to her heart, knowing it can get her through the darkest of days. It is a moment nobody can take from her. A moment that changed her, forever.