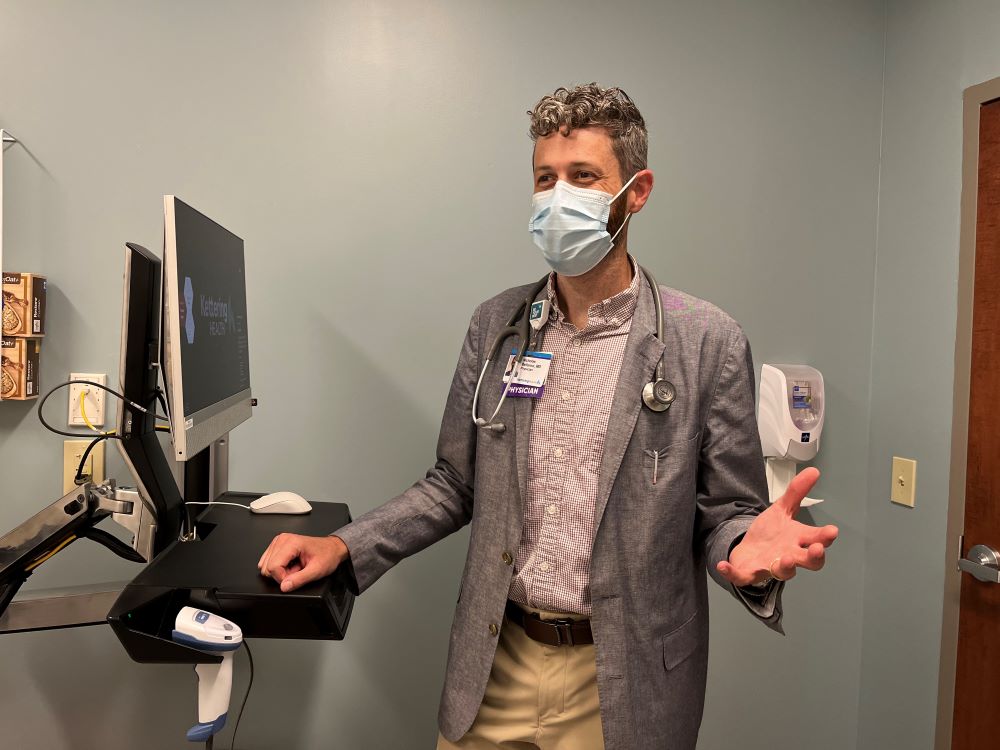 The Asthma and Allergy Foundation of America (AAFA) released its “asthma capitals” in the U.S. for 2022. Of the top 100 cities, Dayton ranked 24th. For a few years now, Dayton has ranked in the top 20—sometimes the top 10—in the AAFA’s annual list.

The list ranks the U.S. cities that are most difficult to live in for those who suffer from asthma. Factors they include in their ranking are air pollution, smoking, and pollen counts as well as outcomes such as asthma-related emergency-room visits.

“When it gets cooler out and windier, like it is now, we see allergies get worse, which triggers and exacerbates asthma symptoms,” says Dr. Nick Bellanco, a family medicine physician. “Asthma is a lung condition that is triggered by something, whether it’s an indoor or outdoor trigger.”

Roughly 25 million Americans have asthma, or about 1 in every 13 people. Symptoms can include coughing, wheezing, chest tightness, and shortness of breath. The first step in treating asthma is to first have an official diagnosis from your doctor, who can then help you develop a plan to treat it.

Central to a diagnosis and treatment plan is identifying triggers, which vary among people. For some, weather changes, certain perfumes, and detergents can irritate and trigger asthma symptoms. Other triggers include

“If it’s an indoor allergen, more can and should be done to limit and avoid it,” says Dr. Bellanco, “but when it’s outdoor allergens, like pollen, that’s more difficult. But there are ways to limit exposure like closing the windows of your house or car.”

Infections and viruses, like the common cold, can also trigger asthma.

Ohio sees a rise in mold and ragweed pollen counts in September, causing asthma symptoms to rise. Children with asthma might experience heightened symptoms during this time as they return to schools which may not be well-ventilated.

Talk to your doctor

A doctor will perform a physical exam to see whether symptoms are from asthma or other conditions, such as a respiratory infection or, particularly for adults, chronic obstructive pulmonary disease (COPD).

If diagnosed, you’ll work with your doctor to come up with a plan to avoid triggers and limit attacks and their risks. For most people, a long-term care plan includes medication, which is typically taken daily. Other medications your doctor may recommend include quick-relief, or rescue, medications, normally taken before intense exercise but also used to relieve airway inflammation.

Other everyday steps Dr. Bellanco recommends to limit asthma triggers include changing air filters in your house and car and showering before you go to bed to remove allergens from your hair and skin. Even if you live in an asthma capital, the condition doesn’t need to control your life. If you have symptoms of asthma, especially in September, and you haven’t been diagnosed, meet with your primary care physician.

Talk with your primary care physician if you suffer from asthma symptoms.