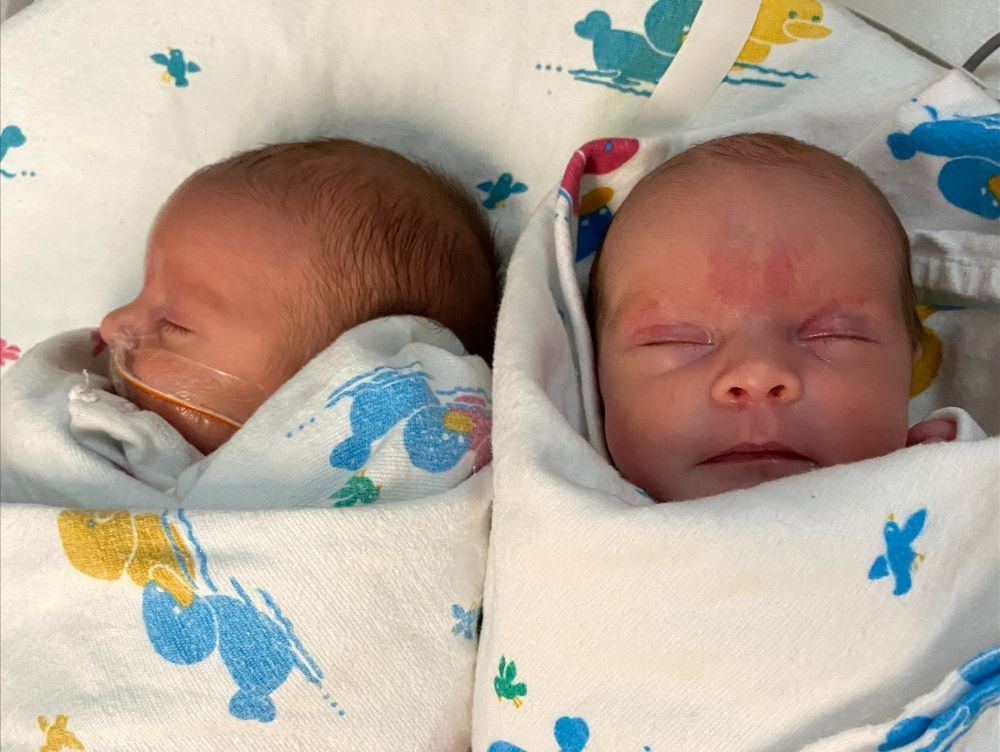 After hearing she could not get pregnant for ten years, Heather Rainey held a positive test in her hands. Her excitement didn’t last long, however, as disbelief crept in. Heather scheduled an ultrasound right away. To her surprise, the ultrasound confirmed she was not only pregnant but also carrying twins.

“Shocked was definitely an understatement,” she said.

“I just felt really drained and was so incredibly swollen. I mean, my entire body was swollen everywhere. And this migraine would just not go away,” she said.

Heather saw multiple doctors for her swelling, migraines, and record-high blood pressure, desperate to find an answer for her sudden decline in health. Yet each doctor sent her home saying her body was just adjusting to nearly full-term twins.

Frustrated and scared, Heather sought the advice of Dr. Andrew Chang, a new doctor at Kettering Health at the time. To her relief, he took one look at her chart and told Heather he believed her.

“Ever since that moment, he has listened to me, he has trusted me, and I have trusted him,” she said.

Three days after delivering her girls, Heather was diagnosed with heart failure caused by severe and sudden preeclampsia, which, according to Dr. Chang, explained Heather’s previous symptoms.

The twins spent 9 and 10 days in the NICU but are healthy and happy two-year-olds today.

“I truly believe that Dr. Chang saved me and my girl’s lives,” Heather said.