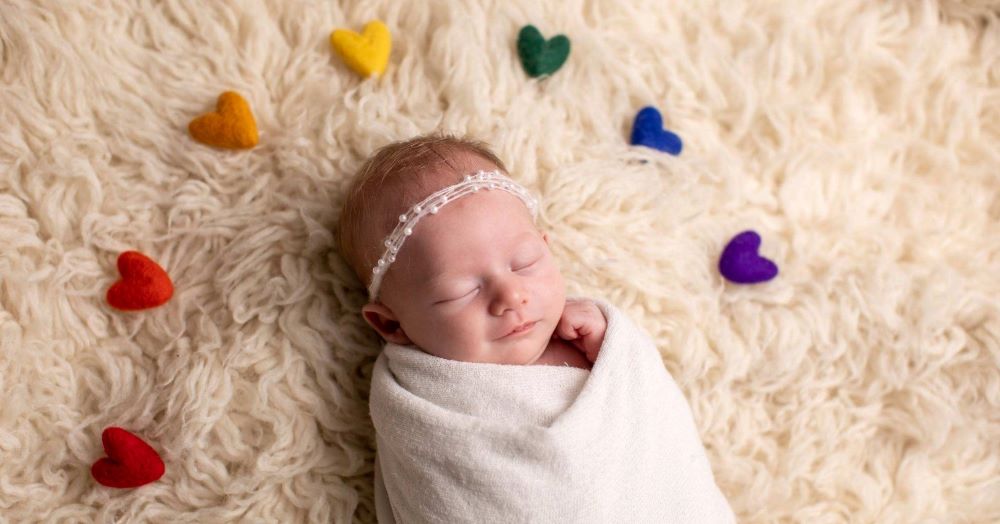 Heather Ruhe holds her husband’s hand while he gently speaks to her, distracting her to the best of his abilities from her current C-section. Heather and Mike are nervous, overwhelmed, and anxious. But mostly they are hopeful. They’ve waited seven years for this moment.

A year after getting married, the two decided it was time to grow their family. However, they faced several obstacles. After a miscarriage followed by an ectopic pregnancy that resulted in surgery to remove part of her right fallopian tube, Heather started fertility treatment.

With a blood clotting disorder, endometriosis, and two unsuccessful years of fertility treatment, doctors told Heather she would probably never have a successful pregnancy. Desperately wanting to care for a child, the couple decided to become foster parents and fostered seven children over the course of a year. During that time, Heather experienced another miscarriage.

The two didn’t want to get their hopes up when they found out Heather was pregnant again in January 2022 but scheduled a visit with Dr. Phillip Carr regardless.

Heather praises Dr. Carr for treating her as if she were his own daughter, ensuring she got the best care possible.

“He was very attentive and so caring,” Heather says.

Heather had several complications during her pregnancy, including fluid around her baby’s heart, placenta previa, and daily sickness that caused her to lose weight. But against all odds, Heather and Mike welcomed Amelia, their rainbow baby, into the world on September 8, 2022, after an emergency C-section.

“The fact that she’s here, we are still in shock,” Heather says.

Needing medical attention due to an infection, Heather had to wait several hours before meeting her baby. Once she finally held Amelia in her arms, however, the stress of the past seven years melted away.

“It was pure bliss. I had goosebumps and was crying tears of joy. I felt a peace that I had never known in my life. It was astounding,” she says.

Today the family of three spends their days adjusting to their new normal. Every day is a reminder of how lucky they are.

“We were told it would never happen, and it happened,” she says.