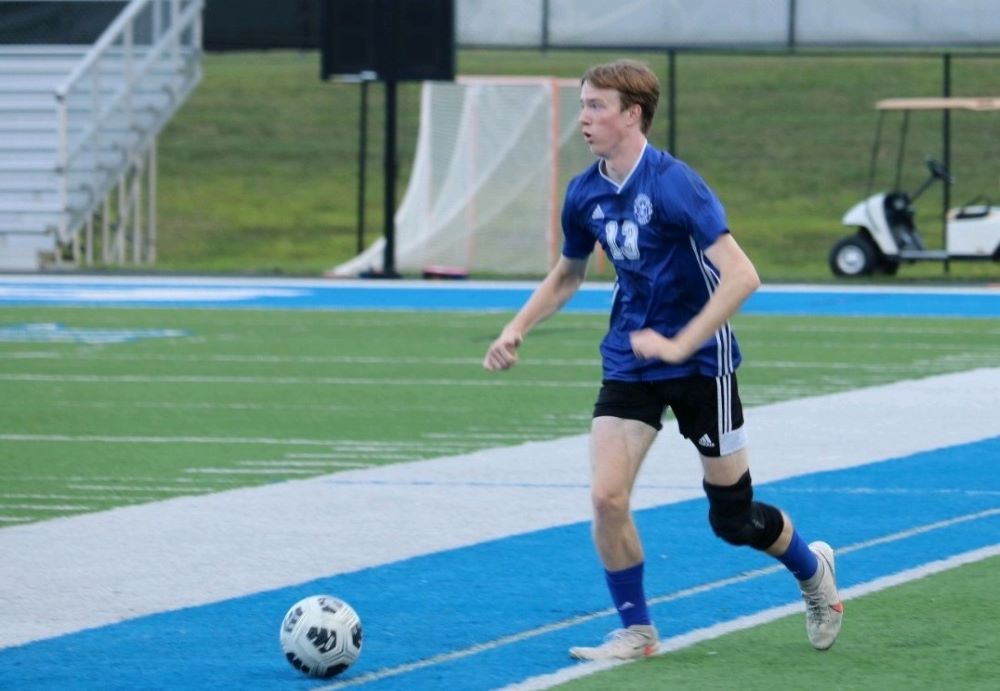 Watching from the sidelines, Ethan Shock jots down notes to give the Miamisburg High School varsity soccer team. Ethan isn’t a coach, but rather a student-athlete kept from the field due to knee surgery.

Going down for a slide tackle, Ethan felt a pop in his knee followed by shooting pain. When he had trouble standing he knew something was wrong.

Ethan saw Dr. Molly Tatum, who explained that his left kneecap had dislocated and caused a hole in the cartilage. She also explained that the way Ethan’s legs grew caused his kneecaps to float rather than stay in place. Ethan would need surgery to tighten a ligament in his knee and replace worn-out cartilage.

Knowing surgery was the only thing standing between him and the sport he loved, Ethan decided to go for it.

“I just wanted to get back to playing soccer,” he said.

Getting back to the field

Ethan spent nearly a year in physical therapy after surgery, facing frustration and pain as he regained strength and mobility. He realized he could stay involved with the team even if he wasn’t on the field by becoming a team manager.

“I accepted it more and tried to do what I could for other people,” he said.

From May to February, Ethan pushed himself in PT to make a comeback, helping his team along the way.

Now Ethan is on the varsity soccer team, ready to represent Miamisburg High School. Although he is nervous about reinjury, he knows the care he received will help him play to the best of his ability this season.