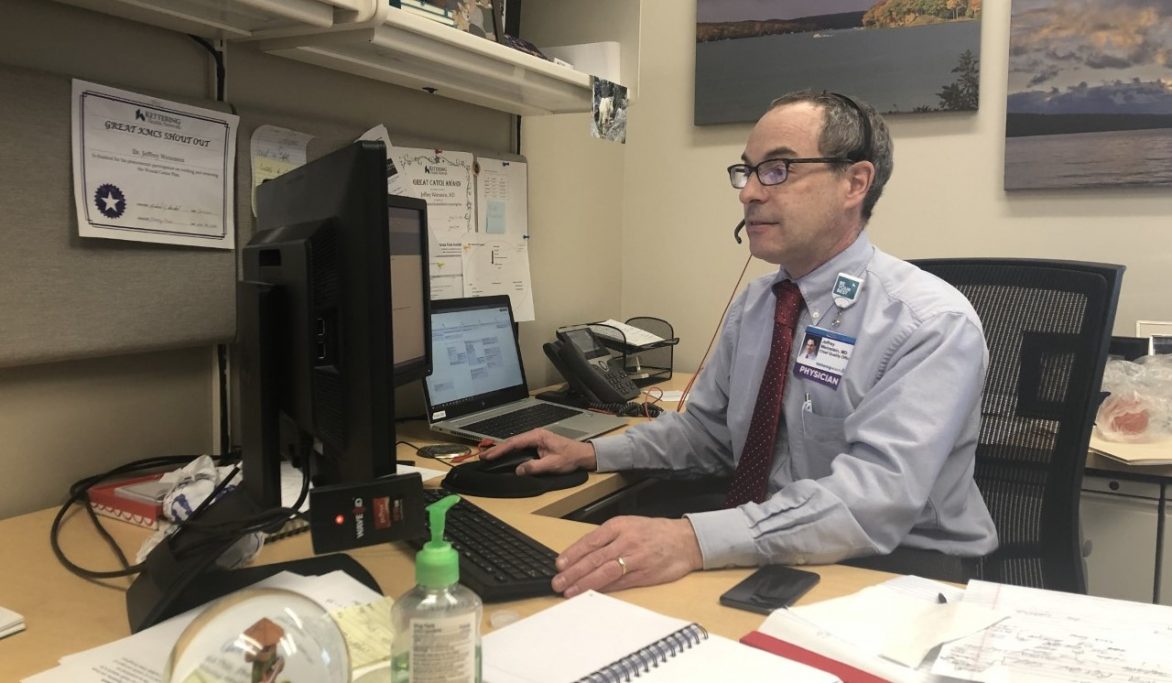 In early June, the delta variant began to turn heads and headlines. A few weeks later, it took over as the dominant COVID-19 strain in the US. And it’s now estimated that the delta variant is responsible for 83% of U.S. cases of COVID-19.

Flashbacks flicker to 2020 as parents and teachers watch back-to-school commercials, and concerns grow alongside reported cases on the nightly news.

So we asked Dr. Jeffrey Weinstein, patient safety officer at Kettering Health, to help us understand the delta variant and what it means for our communities and families.

What is a variant? Are experts surprised that COVID-19 has variants, including the delta variant?

Dr. Weinstein: Variants come about because as viruses multiply there are alterations in their genetic sequences—mutations that occur that essentially change some of the characteristics of the virus. And when this happens, depending on the significance of the mutation, it can sometimes make the virus more or less “pathogenic” (capable of causing disease).

How quickly is the delta variant spreading?

And then it began to become the more predominate strain. And very quickly, quite literally in the period of three to four weeks, it has become the number one dominant strain in the U.S. We’re seeing in almost every state a surge of cases of COVID-19.

What has experts worries about the delta variant?

Dr. Weinstein: What we’re seeing in areas that are hit hard by the delta variant is that cases are going way up, and the people getting hospitalized are much younger than those who were hospitalized last winter.

That’s mainly because the older population has much better coverage with vaccinations. Those who are younger may have no opportunity to get vaccinated—like those younger than 12—or there are those who are able but hesitant and have not done so. Among the unvaccinated, we’re already seeing hospitalizations go up.

We may not have as severe an inundation of hospitals because it’s happening more in younger people and they tend not to get as sick. But on the flip side, because this virus is more pathogenic, we’re going to see more people who are much younger than last year who are getting more severe COVID-19 illness.

Are there any symptoms that are different with the delta variant from the strain of COVID-19 we had for much of 2020?

Dr. Weinstein: There’s nothing definitive. It’s a very similar disease. The biggest difference that has been seen across the country is that younger people are being impacted more than with the earlier variants.

Every state seems to be getting hit by the delta variant. How is Ohio faring?

Dr. Weinstein: We’re certainly seeing a day-over-day increase in patients testing positive for COVID-19, but Ohio right now is faring better than other states. However, Ohio is 28th out of the 50 states for the percentage of population that has been vaccinated. So, we’re not in a great situation here.

We’re at risk of having a severe surge over the next few weeks.

Are the vaccines effective against the delta variant?

Dr. Weinstein: It does appear that the vaccines we’re using in the U.S. are effective at preventing the delta variant. And that’s all the more reason we want people to be vaccinated right away.

Are there any types of areas where we’re seeing delta variant-related cases escalate?

Dr. Weinstein: Our worries center around counties that have lower rates of vaccinations. And that tends to be more rural counties.

The phrase “hyperlocal outbreak” is appearing more in the news. What is it?

Dr. Weinstein: The idea is that a region may not have a tremendous number of COVID-19 cases, but there would be concentrated amounts of cases in neighborhoods or groups of individuals who have chosen not to get vaccinated.

Who is likely to be affected the most by the delta variant?

Dr. Weinstein: The communities that have lower vaccinations rates—so, along with younger people, individuals in minority groups. For instance, vaccination rates have been lower among African American and Latinx populations. So, I’d say unvaccinated as a whole. But that’s in groups where it’s driven by low vaccination rates. Or, like in rural areas, where it may be driven by less access to the vaccine.

What’s the best way for anyone to stay protected against the delta variant?

We know a lot about these vaccines now. Just in the U.S., we’ve given more then 300,000,000 doses. We know the safety profile of these vaccines. They are very safe, and not only that, but they’re incredibly effective.

It’s rare to have a vaccine out of the box that’s this effective. For instance, when you look at the data for 12- to 18-year-olds, it’s almost 100% effective.

It’s the combination of the very high rates of effectiveness and the very low rates of severe side effects. We know people who have mild to moderate side effects, but the side effects go away. They are not life-threatening or permanent.

The benefit-to-risk ratio of this vaccine is almost higher than any other treatment we use in medicine.

How should families approach the upcoming school year?

The best way to mitigate that risk if you have kids who are too young to get vaccinated or if they’re older than 12-years-old and unvaccinated is to have them wear a mask.