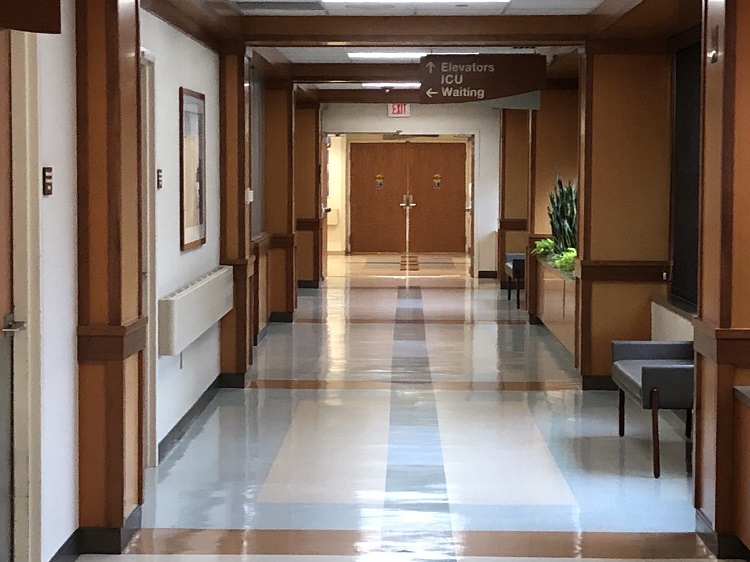 Steve finds it difficult to live 1,200 miles from his mother, Amy. Daily calls help. And he especially loves traveling from Texas to Ohio to go on fishing trips with her.

Still, he feels the distance with every phone call—especially when a medical emergency threatened her health.

From Ohio to Texas back to Ohio

Amy and her husband, Bill, live in a small township near Hamilton, Ohio. Together they have five children: two are Amy’s biological children, three are Bill’s.

Amy grew up north of Hamilton in Camden. But she moved to Texas with her first husband, their daughter, and Steve. Following her divorce, Amy and her daughter moved back to Ohio. She was eager to move closer to her mom, and she wanted to return to where the leaves turned in the fall.

“My mom never liked much about Texas. She likes the four seasons,” says Steve.

Steve, who was 20, had begun his adult life in Texas and chose to stay. Despite the distance, Amy and Steve stayed close. He called her daily and traveled to visit whenever possible.

He didn’t expect, though, that he’d travel to see her and exchange the sounds of a quiet morning of fishing with Amy for the beeps and clamor of a hospital’s hallways.

A change in plans

Steve’s niece texted him as soon as it happened.

After mowing the lawn, Bill went inside and found Amy on the floor. Her leg was fractured. She was alert, but she slurred her words. Bill called an ambulance.

After texting his niece back, Steve called Bill, who was already at the hospital with Amy, who was in stable condition.

Steve’s mind raced with how to care best for his mom. The 1,200 miles between Texas and Ohio felt like thousands of miles. And Steve was Ohio-bound as soon as he could be.

Amy was taken to Fort Hamilton Hospital. She was confused; the doctors determined she suffered a stroke. She spent 10 days in the hospital, recovering from the trauma her body and mind suffered. Steve arrived on her fourth day in the hospital.

Her right arm and leg were paralyzed. As was her face. And her memory suffered.

“She knew who I was, but she couldn’t always call me by my name,” Steve says.

As Steve helped care for his mom, he witnessed the lengths Fort Hamilton Hospital’s rehab staff went to not only care for Amy—but for Steve, too.

“They treated me like I was a patient,” he says.

Steve was grateful to be near Amy, helping her throughout her recovery. But he saw each day how the rehab staff cared for Amy like family. Granted, he was her son, but it was like Amy had loving family members throughout Fort Hamilton Hospital.

Before long, Steve needed to return home. But he wasn’t nervous to leave her. Because of the care he witnessed at Fort Hamilton, he knew he could return to Texas confident Amy was in good hands.

“If I hadn’t been there for a week and witnessed the care she was receiving, I wouldn’t have left.”

A slow return to normalcy

Amy still struggles with her memory. But she improves every day.

She uses a walker, but she is back to cooking. Though she can’t go fishing yet, she’s eager to set out on the pontoon as soon as she can. The at-home rehab she participates in helps her get closer with each day.

Steve has been by her side since he went back to Texas—via video calls. And he counts the days until he can visit. In the meantime, he is thankful for the support and care Fort Hamilton Hospital offered.

“When they’re healthy and well, you don’t think much about living far away. When they’re sick, you’re just so out of touch,” Steve says. “That is the thing I feel the best about: I spent time in the hospital with her, and I was able to leave and get back to my job, without worrying if she was being taken care of.

“I didn’t have to worry about any of that—I’ve seen it firsthand. They were great to her.”

We are here to provide expert stroke care and support.