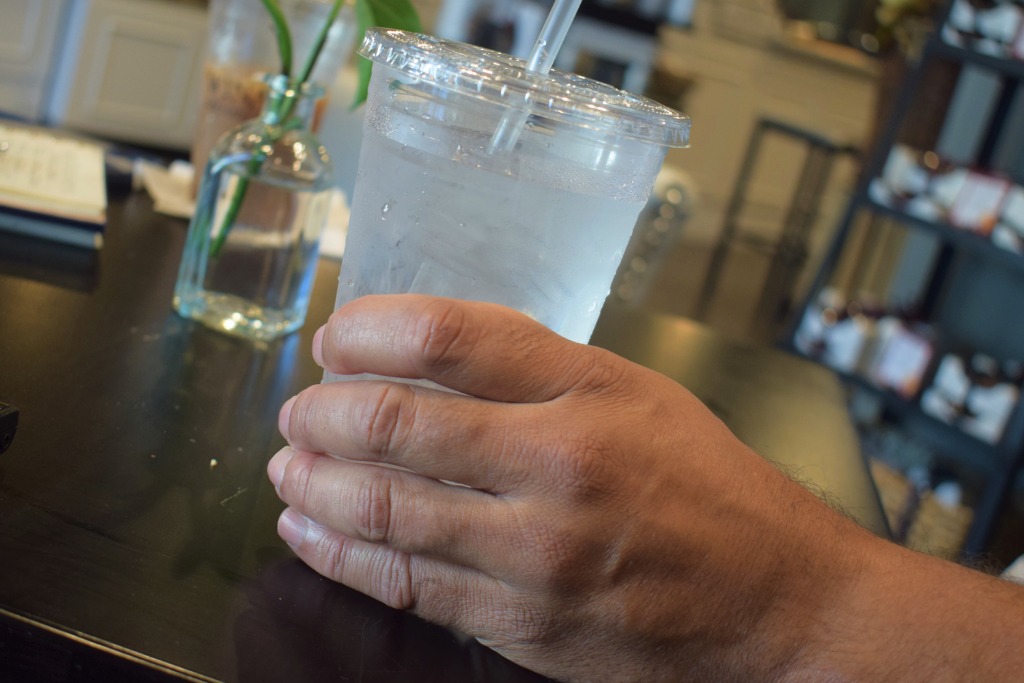 [Note: The subject’s name has been changed at his request.]

A man sits alone as darkness flows in from the windows. He should be getting ready for bed, but he dials a cellphone.

His thoughts rattle as the phone rings. Will it be weird to talk to a buddy from college? They haven’t talked since graduation.

Time melts away as the duo picks up where they left off years ago. They laugh about sports and share stories about their children.

Christopher talks about becoming an empty nester and taking walks with wife in the evenings.

As they catch up, arriving to the present, Christopher doesn’t tell Ethan about his biggest change.

Thoughts that creep in the night

Christopher has become more regimented. He wakes up early and either eats breakfast or goes for a run. He’s at work by 8:30 a.m., tries to break up the day with exercise, and finishes work sharply at 6 p.m.

After he eats dinner with his wife, they divide to conquer chores. Then they reconvene to watch the news. In those moments between dinner and the news, when Christopher is left with his thoughts, things grow dark.

His depression comes and goes throughout the day. But it looms over him at night.

“I feel it when there’s a gang up of work, family, and the world,” he says. “My depression is worst in the evening when I have time to think about things.”

During that quiet period before bed, Christopher’s thoughts take a hold of him. His mind wanders, and he sees the future as a cascade of issues to worry over.

“Where are we heading as a country? In the world?” He asks. “You feel bad for folks with the pandemic. You know they’re not eating well or don’t have places to live.”

The best thing for him, he’s learned, in those moments is to get outside his head.

But it’s not a family member or close friend he calls. It’s people from his past. People who are unaware about his depression.

“Part of this path is reconnecting with people. I try to call old friends or people I knew, at least once or twice a week,” he says. “It helps to stay in touch, but it also takes you out of whatever you were thinking before.”

“You don’t always talk about tough things. You talk about the weather or sports, but it gives you an outlet.”

He’s refreshed and uplifted when he gets off the phone. This new habit helps Christopher navigate his depression as he learns to relate to it—and to himself.

The light at the end of the tunnel

In September 2020, Christopher was diagnosed with extreme depression and high anxiety.

While he deals with things nearly everyone faces—pressure at work, family issues, etc.—he began to see his body carrying the realities of his mental battles. As the strain and weight of his mental anguish grew, he lost more and more weight.

This led to his diagnosis. For Christopher, learning he had depression and anxiety didn’t lead to confusion; it helped him make sense of his life.

“It was like an aha moment. There were things from high school, college, early years of being married that came back, and I get it,” he says. “It helps you make sense of where you are in life.”

But Christopher soon learned that even though the diagnosis led to some freedom, he soon became arrested by others’ reactions and misunderstandings.

“Carrying a diagnosis is hard. Trying to figure out how different that diagnosis makes me is even harder,” he says. “There are only so many people you want to share that diagnosis with. Because these days, it’s still not widely accepted.

“You have to protect yourself.”

It’s okay to not be okay

Early on after his diagnosis, Christopher went to the pharmacy to pick up his new prescriptions—a new lifeline out of the darkness.

The pharmacist looked quizzical as his eyes darted back and forth between the medication and Christopher.

Christopher felt labeled. And he never returned to that pharmacy. After that interaction, he wondered whether he was safe to be who he was, to not be okay.

Since then, he’s told only a select few, including his wife and children.

While the medication helps, therapy has provided him with more than a place to process. It’s given a space to learn whom he is, and that he can be seen and known—and accepted—as he is. Christopher talks with his therapist, and he feels connected and understood.

“After what I’ve learned, I know the stigma is all hype once you figure out the number of people who need help”

And along the way, he’s learned of one of life’s most profound but difficult lessons.

“When I first heard, it’s okay to not be okay, I thought it was a cliché. But it’s totally true.”

He’s grown from wrestling with others knowing his diagnosis to realizing the stigma toward mental health is misguided and wrong. But he is still working on feeling safe opening up to others.

A worthy work in progress

Christopher sees himself on a journey to show how normal and human it is to navigate a mental health diagnosis. But he’ll be the first to say it’s a work in progress for him.

“I didn’t want people at work to know. People aren’t ready, and I don’t know what would follow me.”

People don’t understand when he tells them. He’s met with confusion or misunderstanding. In the meantime, he’s decided to keep his diagnosis close to his chest. But he sees even sharing his story as a step forward.

A day in Christopher’s life includes scary thoughts. But it also includes laughing with his wife and all the mundane things that are part and parcel of every day. And while it includes navigating depression and anxiety, Christopher knows people need to hear and think more about mental health. And to realize how it affects their everyday lives, especially those with a mental health diagnosis.

And that—like Christopher’s own journey—is a worthy work in progress.

Find the help you need with our behavioral health services.