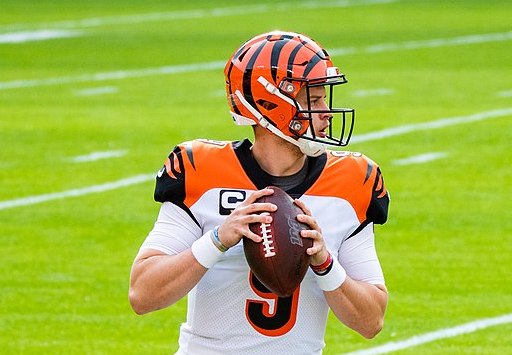 Training camp for the Cincinnati Bengals kicks off this week, but Quarterback Joe Burrow won’t be joining his teammates. The 2021 AP NFL Comeback Player of the Year will be recovering from appendix surgery.

The surgery follows a few days of Burrow “not feeling well,” reported The Athletic. His pain turned out to be appendicitis, which he had an appendectomy, the removal of his appendix, to treat.

The news has those unfamiliar with this less-than-popular organ asking, “Why did Joe Burrow have appendix surgery?”

“About 1 in 1000 people per year will develop appendicitis,” says Andrew Archer, DO, advanced laparoscopic surgeon with Kettering Health.

The organ, located at the first part of the large intestine, is what Dr. Archer refers to as a “remnant structure,” offering little known function. Though not a major organ, a swollen or infected appendix, or appendicitis, can cause major health problems.

The pain from appendicitis is felt in the lower right side of the belly. When the appendix swells, the pain typically comes and goes. But when infected, it can burst, leading to sudden, severe pain. A burst appendix is dangerous. It spreads bacteria, causing a serious—sometimes fatal—infection called peritonitis.

Though the cause of appendicitis is unknown, it can develop from a blockage or trauma to the abdominal area.

It’s common in teenagers and people in their 20s, but it can develop at any age. Those who have a family history of appendicitis are at a higher risk of developing it.

A key sign of appendicitis is abdominal pain that hurts more when you cough or sneeze. Other symptoms include

How is appendicitis treated?

Appendicitis is typically treated with an appendectomy. In some cases of mild appendicitis, people have improved by taking antibiotics.

“We go in through three small incisions. The procedure can take all of 15 minutes. A lot of patients who are diagnosed early may even go home the same day,” says Dr. Archer.

Most patients are typically in the hospital the following day or two, returning to normal life in a few weeks.

If the appendix has burst, major surgery may be needed. Dr. Archer recommends not putting off seeing a primary care provider if you have any symptoms. If an appendectomy is recommended, having it before things grow worse will mean a shorter recovery time.

For Joe Burrow, while fans are eager to see him return to the field soon, we’re all grateful he’ll return feeling his best.

If you feel severe pain that could be appendicitis, don't wait.

Find the emergency center closest to you