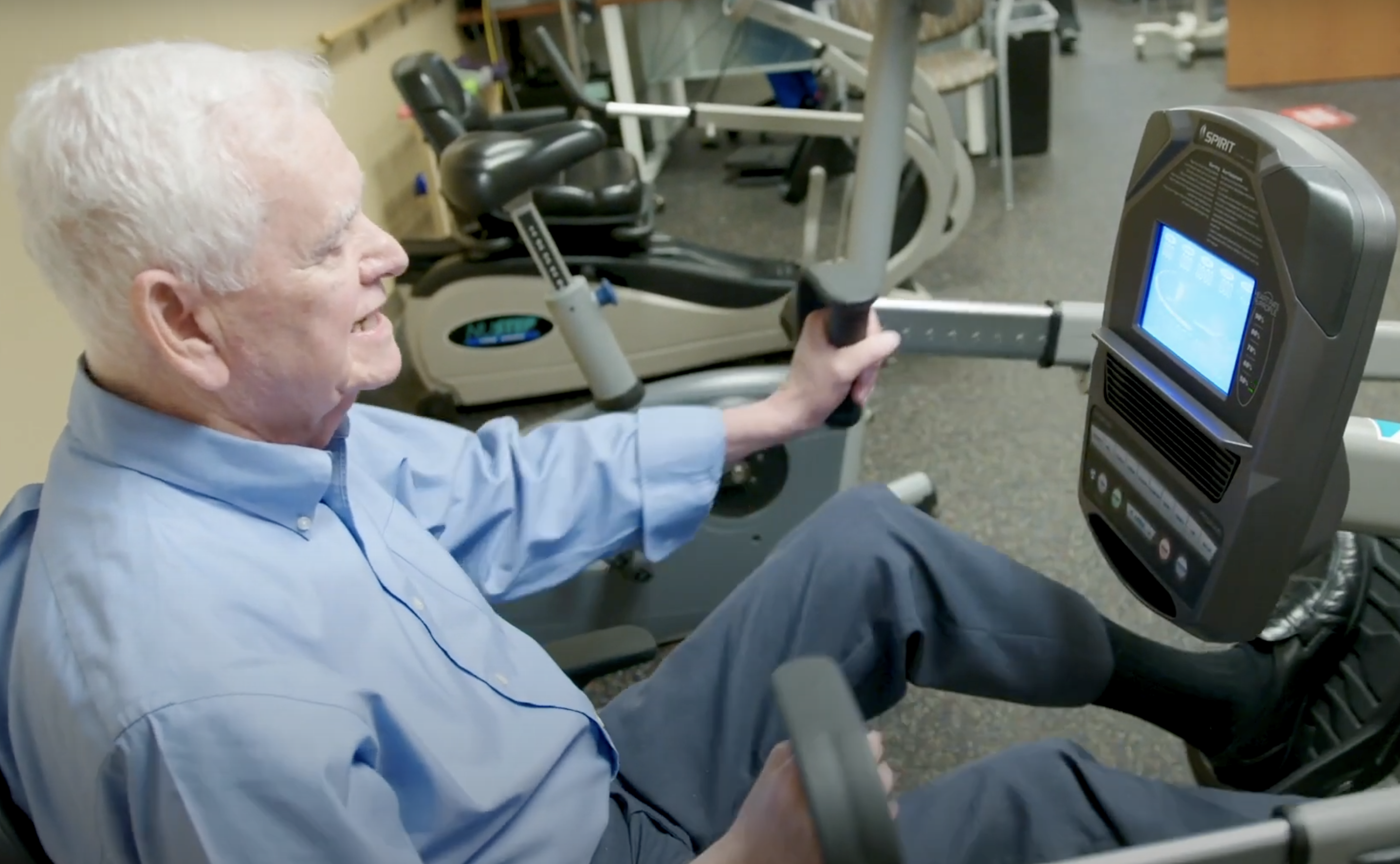 The security that comes with working out at Cardiac Rehab paid off for Norm, who received immediate care when something went wrong.

Norm Dingledein:
Last year I had bypass surgery and got through that exceptionally well. I felt great about it after just a week or so. The two young ladies in rehab decided that something wasn’t right.

I guess they looked at what fell on the monitor and saw that, I guess, my heart was skipping beats. You know, it wasn’t right.

Sharon Mayer, RN:
He was actually at another facility, another hospital that’s where this cardiologist was. But living here near us, he wanted to come to our facility. His rhythm just wasn’t what it should have been as far as a nice even sinus rhythm.

Dr. Prasnth Lingham:
So, we recognized that he was in a potentially life-threatening situation where his heart was not beating for several seconds at a time.

And during that, you don’t get any kind of blood flow out of your heart. So, he was getting very lightheaded and dizzy and felt like he was going to pass out. And our cardiac rehab team was able to recognize that very quickly. And because of that potential life-threatening situation, we were able to actually get him into the cath lab, almost immediately.

And within a few hours, we put in a permanent pacemaker that helped to resolve that situation that helps to prevent that from occurring in the future, and always keeping his heart going strong.

Sharon Maynard, RN:
You had a very large pause. He felt that if he would have been at home or at another fitness facility, they wouldn’t have seen that. He wouldn’t have known what caused it. That little dizzy spells could have written it off.

Carole Dingledein:
Being a nurse, I knew how serious this was. We’re here. The doctors are here. We’ll stay here. And they took him immediately and they did a fantastic job.

Norm:
I’m sure people go through cardiac rehab and maybe not understand the care that they’re really getting. You think, why am I doing this? Am I doing any good?

And then you find out in certain cases like mine that it’s a blessing you did it. And you had professionals, there monitoring you and knew what to do at the time.

Dr. Lingham:
The wonderful thing about Kettering health Hamilton is that we’re able to provide almost all of the same cardiac services that you can find at any major city or any major university hospital, or major cardiovascular hospital.

Sharon:
The importance of that monitoring for those sessions for those three days a week, gives them a sense of peace security and that they know what they can expect when they leave.

Norm:
I know the two young ladies in cardiac rehab…I’ll be forever grateful to them.