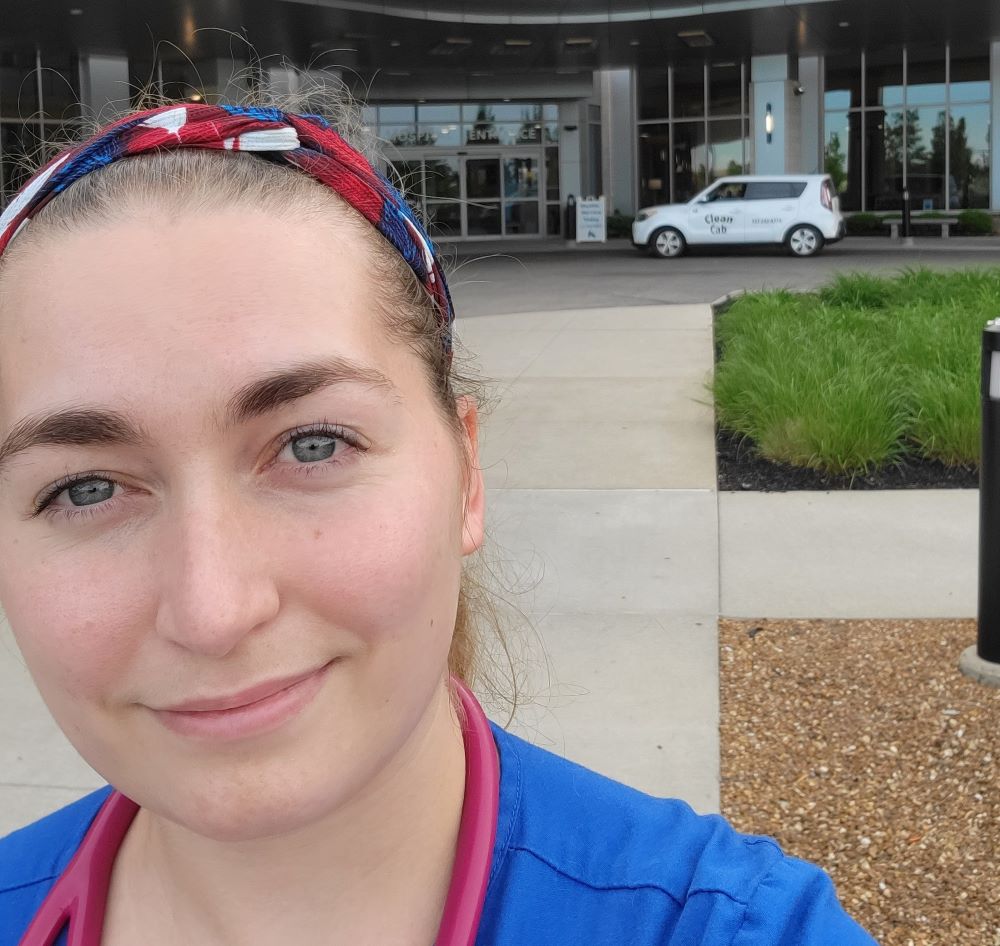 Savanna Wingard rushed to the emergency department with severe chest and abdominal pains where she discovered she had a rare blood disorder called acute intermittent porphyria, which results in toxic levels of porphyrins, a chemical that helps make hemoglobin.

Her symptoms and pain became so bad that she was transferred to the ICU.

“That was my first and worst flare-up of porphyria,” Savanna said. “But basically after that first one, I started having week-long attacks every month for three years so.”

After her diagnosis, Savanna needed to be close to a hospital in case of another flare-up. This meant adjusting to a new life and leaving her dreams of traveling the world behind.

“I was having a mental breakdown because I was like, ‘How am I going to live a normal life and travel?’ That was my dream,” she said.

Seeing Savanna struggling with her new reality, her care team went out of their way to reassure Savanna that things would work out.

“A physician sat down with me and he was like, ‘hey, you know what? You’re going to figure this out, and you’re going to be OK,’” she said. “‘It might not be what you envision for yourself but this is going to lead you to something.’”

“That was the first time someone really sat down and listened to how I was feeling,” Savanna said.

Savanna also found nurses who not only believed her pain but also helped her through it. They took the time to understand what Savanna felt, and one even brought her homemade macaroni and cheese—one of the only foods she could eat at the time.

“What I liked about Kettering Health is that it’s in the mission to show that compassion, that caring,” she said.

These providers inspired Savanna to pursue nursing and impact patients’ lives the way her nurses impacted hers. She worked for Kettering Health as a nurse assistant while attending Kettering College before working full-time at Soin Medical Center for two years.

“I really wanted to be able to advocate for people and make sure that they know that they’re not alone, especially young people who probably aren’t listened to because they’re young,” she said.

Although her husband’s military career led Savanna away from Kettering Health, she’ll always remember the care her team showed her and the memories she made in her “dream job.”