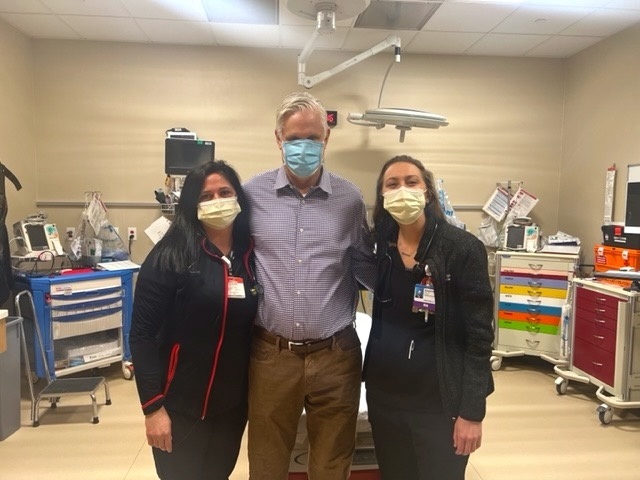 Steve Larger was a stranger to the emergency room—he’d never been seriously ill or injured. He didn’t take any medication. But one January morning, that all changed.

Steve woke to an odd pressure in his stomach. When he started feeling hot and cold, he knew something wasn’t right, so he decided to visit the Emergency Department at Kettering Health Piqua.

“I wasn’t sure what was going on, but it felt different and I felt uncomfortable not going,” Steve said.

Steve arrived, and the team went to work to figure out what was wrong—checking his pulse, hooking him up to monitors, and ordering tests. Dr. Dustin Cunningham spoke with Steve about his condition and asked if he’d be OK with going down to Dayton for further testing. But Steve’s body had other plans.

“I ended up having a heart attack right then and there in the chair,” Steve said. “They had to shock me to revive me.”

Now, Steve is almost back to where he was before the heart attack—regaining his energy, getting back in shape, and golfing. And once recovered, he brought in breakfast to treat the team he credits with his successful recovery.

“The care was excellent,” Steve said. “They saved my life.”