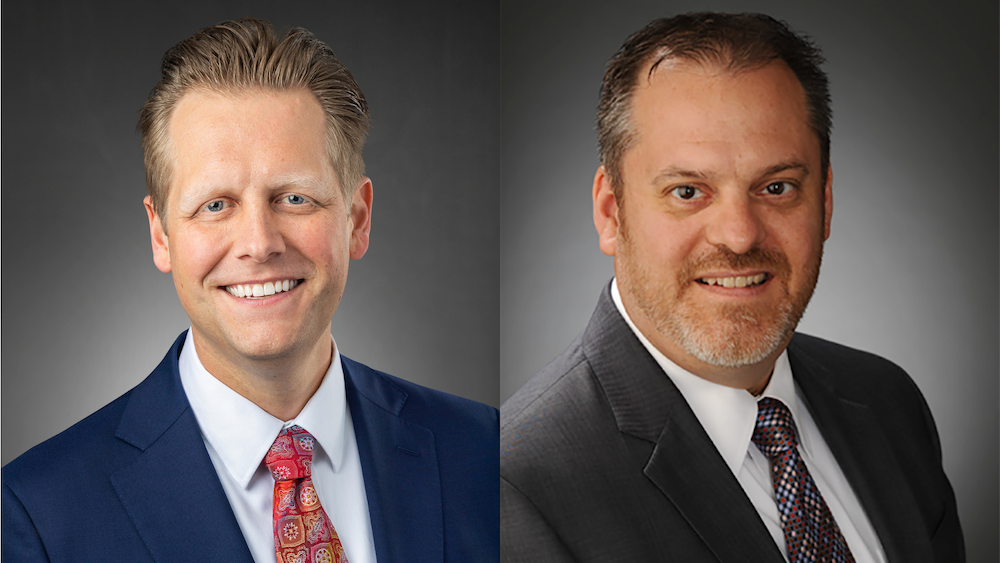 Paul Hoover, who currently serves as Kettering Health’s chief learning officer, will be president of Fort Hamilton Hospital. He replaces Ron Connovich, who is stepping down from the role he has held since 2018.

Since joining Kettering Health in 2015, Paul has been central to enhancing business operations and facilitating service line volumes, particularly in one of his previous roles as chief strategy officer for Kettering Health.

Steve Chavez will be the new chief financial officer at Fort Hamilton Hospital. Since joining the network in 2012, Steve has held a variety of finance leader roles, including serving as the chief financial officer for Kettering and Sycamore Medical Center, Soin Medical Center and Greene Memorial Hospital, as well as Kettering Health’s vice president of Network Contracting.

“As our southernmost medical center, the role Fort Hamilton Hospital and its network of clinics plays in our organization is crucial,” said Wally Sackett, president of Kettering health. “I want to thank Ron for the excellent work he has done throughout his tenure, and I am pleased that Paul and Steve are taking on this new challenge. Their expertise in fostering new growth, managing operations, and commitment to our mission make them the perfect leaders to expand our network in Butler County.”

Both Paul and Steve will begin their new roles on November 1.