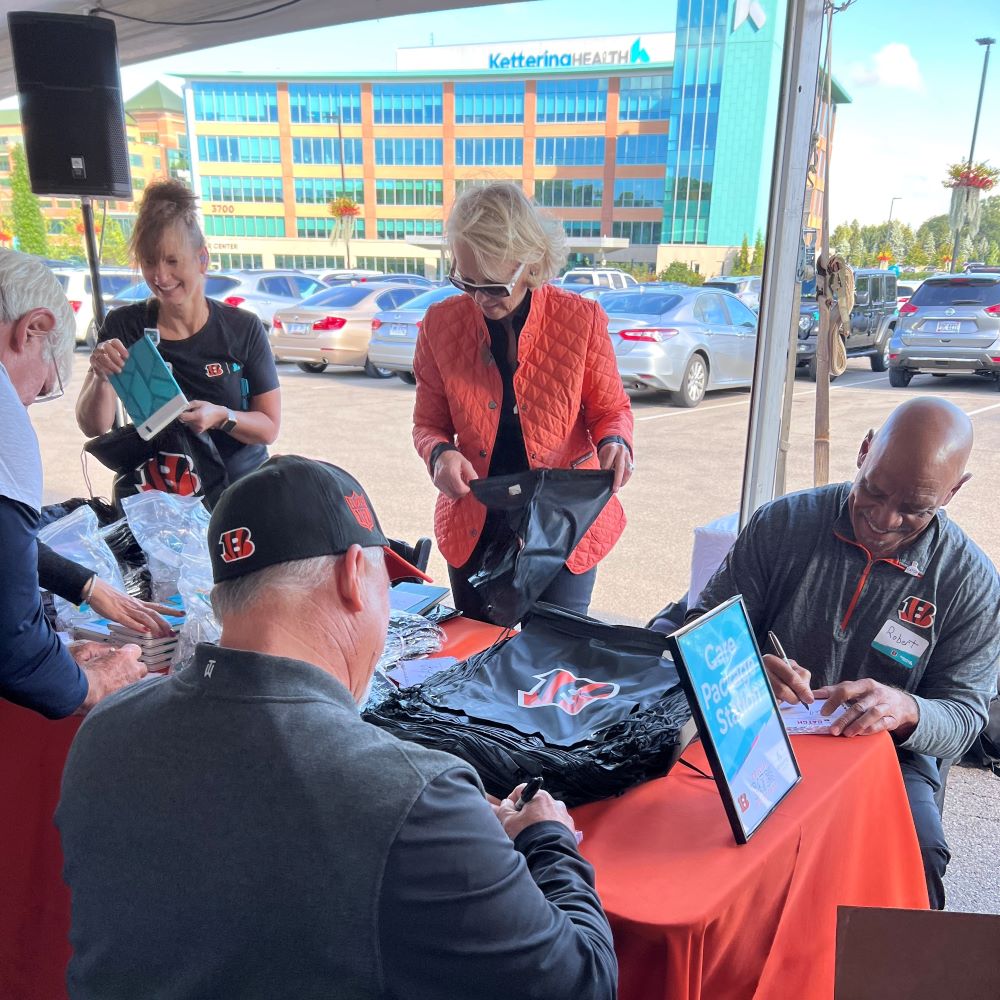 On Thursday, September 29, patients who looked out their windows at the Kettering Health Cancer Center saw a large, white tent in the parking lot. Inside the tent, Cincinnati Bengals legends gathered to raise awareness for early detection of cancer and to support cancer patients. That morning, a feeling of hope and compassion warmed the chilly September air.

The event highlighted the NFL’s Crucial Catch mission, which aims to fight cancer through prevention, early detection, and risk reduction.

“Early detection is the way to beat this thing and the way to get ahead of it. I think the more educated people can get, the better off they will be to fight the disease,” Ring of Honor Bengals Alumni Willie Anderson said.

“It gave me the opportunity to complete a dream,” he said as he assembled care packages.

The legends then visited patients inside the Cancer Center. Patient Michael Fitzpatrick says chatting with the legends made his day just a little bit brighter.

“It was a nice change of pace to see the alumni Bengals players during my cancer treatment. My favorite part was seeing how large they are in real life,” he joked.

To others currently battling cancer, former Defensive Back Robert Jackson encourages them to stay strong and keep fighting.

“Never give up. All things are possible,” he said.

The Bengals Crucial Catch game will be held on Sunday, October 23, at Paycor Stadium, but the mission of Crucial Catch holds importance all year round.