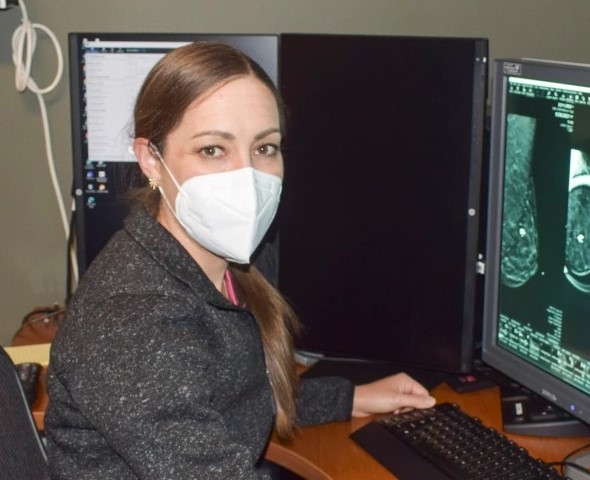 Much of the focus during Breast Cancer Awareness Month in October encourages women to schedule a mammogram.

And for good reason: one in eight women will develop breast cancer in their lifetime. But breast cancer doesn’t just affect women. Men are also at risk. An estimated 2,710 men will be diagnosed with breast cancer in 2022—an increase from recent years. And they should prioritize practices to improve their chances of early detection.

“Early detection of male breast cancer can make a lifesaving difference,” says Dr. Meghan Musser, diagnostic radiologist at Kettering Health and medical director of Kettering Health Breast Centers. “If you notice any changes in your breasts, don’t wait to have them evaluated by your doctor.”

No risk too small

At 1 in 833, a man’s chances of developing breast cancer aren’t as high as a woman’s. So men often underestimate or overlook knowing the warning signs of breast cancer and the screenings that help identify it.

The result for many men who are diagnosed is a late diagnosis.

Because early detection is a crucial part of fighting any cancer, men should ask their doctors about the warning signs of breast cancer and know how to look for any changes.

Signs of breast cancer in men

Pay attention to any changes in their breast and nipple area and share these changes with their doctor.

Like women, men should also feel for any lumps in their breast tissue.

Other signs and possible symptoms, as listed by the American Cancer Society, include

• A lump or swelling, which is often (but not always) painless

• Redness or scaling of the nipple or breast skin

• Discharge from the nipple

Acknowledging that men can develop breast cancer and knowing the warning signs is vital for early detection and timely treatment.

It’s important for both men and women to take charge of their breast health.

Schedule a mammogram and learn more.