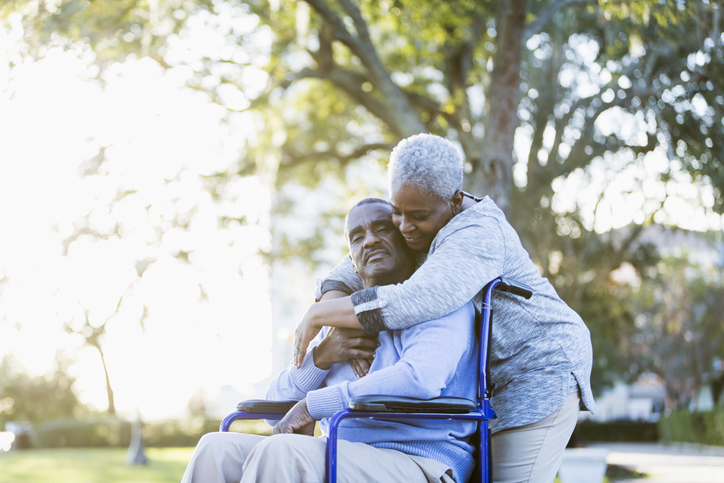 Each year, more than 795,000 people in the United States suffer a stroke—that’s about one every 40 seconds. It’s the fifth-leading cause of adult deaths in this country, but it doesn’t have to be. Strokes are preventable, beatable, and treatable.

Sometimes referred to as a “brain attack,” a stroke can injure the brain functions in a fashion similar to how a heart attack damages the heart. It occurs when blood flow is cut off due to a clot or burst blood vessel. When starved of oxygen, brain cells begin to die, which can lead to permanent disability or even fatality.

Strokes happen very quickly, and most people exhibit two or more of the signs. The most common include numbness or weakness in the face, arm, or leg, mostly on one side of the body; impaired vision in one or both eyes; difficulty walking; dizziness and loss of balance. Stroke sufferers also might seem confused or have difficulty talking or understanding other people when spoken to. Sometimes a stroke is accompanied by a sudden headache, too.

The quick way to remember the warning signs of a stroke is the acronym “FAST”:

F — Face: Is one side of the face drooping, or is it numb? Ask the person to smile. Is their smile uneven or lopsided?
A — Arms: Is one arm weak or numb? Ask the person to raise both arms. Does one arm drift downward?
S — Speech: Is the speech slurred? Have them repeat a simple sentence like “The sky is blue.” Is the person able to correctly repeat the words?
T — Time: Is it time to call 9-1-1? If someone shows any of these symptoms, call 911 to begin emergency care. It is important that you do not drive yourself or someone having stroke-like symptoms. Make a note of the time when symptoms began to share with the responder.

Once the patient reaches professional care, his or her stroke may be treated in a number of ways following diagnosis. Strokes are diagnosed using a variety of tests, including blood analysis, echocardiogram, electrocardiogram (ECG or EKG), computed tomography (CT), and magnetic resonance imaging (MRI).

Strokes come in two types. Ischemic, the most common variety, occurs when blood flow to the brain is blocked. Generally, this happens because of a clogged artery filled with fatty deposits, known as atherosclerosis, or from a blood clot.

The second type is known as a hemorrhagic stroke, which occurs when a blood vessel in the brain bursts and bleeds into the brain. Hemorrhagic strokes are usually the result of an aneurysm: a thin or weakened area of the artery that balloons out and bursts.

Along with the two main types of stroke, there are also transient ischemic attacks (TIA) or “warning strokes.” A TIA can last from a few minutes up to a day, and it happens because, for a short time, the volume of blood that usually goes to the brain is restricted. Someone experiencing a TIA is at the highest risk for a stroke within the first few hours to days after the TIA.

Prevention is the best medicine, so it’s important to understand the risk factors for stroke, which vary based on overall health, lifestyle, age, heredity, race, and gender. Strokes are more common in men than women; however, women account for more than half of stroke deaths. As might be expected, anyone who has had a prior stroke or TIA is at a higher risk than someone who has not.

While many of the previously mentioned risk factors are out of anyone’s control, there are others that can be changed to help prevent strokes. People who have high blood pressure or diabetes that is not well-maintained are at an increased risk, as well as those suffering from high cholesterol.

Regular checkups, a change in diet, and sticking to the proper medication schedule can all help reduce those risks. Smokers reduce their chances of stroke almost immediately when they quit. Obesity is a major contributor to strokes, so maintaining a healthy weight is vital to prevention.

Once diagnosed, strokes identified in a timely manner are treated using clot-busting drugs, such as tissue plasminogen activator (tPA); or by surgical procedures, like thrombectomy. Hemorrhagic strokes may be treated using a metal clip at the base of the aneurysm that caused the problem or by removing the damaged blood vessels.

Recovery can vary by patient, depending on the type of damage done by the stroke. While some patients may exhibit little to no signs of ever having had a stroke, others may suffer from paralysis or other problems, including brain damage.

If you think you or someone you know is having a stroke, don’t wait. Call 911, and get help immediately.

Learn how our specialists diagnose and treat strokes