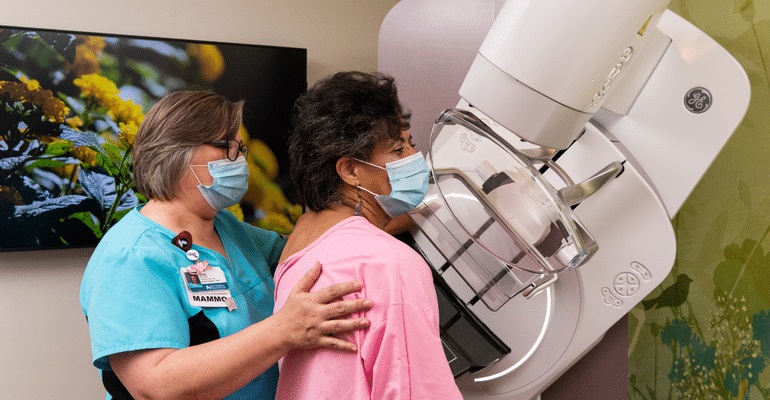 Routine mammograms are crucial to detect breast cancer early. After a mammogram appointment, you may receive a callback from the radiologist.

Callbacks can be stressful, but they don’t necessarily mean cancer. Callbacks are the next step forward for many reasons.

What is a callback?

According to Susan Brake, manager of Kettering Health Breast Centers, a callback means a potential abnormality has been found during a mammogram, and more images are needed.

“When the radiologist interpreted that original screening mammogram, they saw either a change from the previous mammogram or they saw something new, and they wanted to take a closer look,” Brake says. “That results in the patient getting called back for additional views and sometimes an ultrasound.”

About 10% of mammograms will be followed by a callback. Reasons for getting a callback go beyond cancer.

“There are things other than cancer that are detected in the breast. It depends on what they’re looking at,” Imaging Patient Navigator Tawnya Lochner said.

Calcifications are one reason a woman might be called back for additional imaging. These can show normal in the breast, but they can also serve as an early indicator of breast cancer.

Additionally, your radiologist might not have been able to compress your breast tissue evenly. This can cause an unclear or abnormal screening.

If you go in for a callback appointment, the technologist will compress only the area in question. This gives them a better look at what was noted as potentially problematic.

And the good news is that you’ll have the results before you leave the appointment, including any next steps, which can consist of a biopsy, a follow-up in six months to a year, or a return to a normal screening schedule.

Having a history of mammograms gives you and your radiologist an advantage—should you get a callback. Radiologists can use the new images alongside previous ones to see any changes.

“Every year that you come for your mammogram, the radiologist is comparing what you had in the past. The slightest change will not be taken for granted,” Lochner said. “We will bring you back to take a closer look, and that is why it is important to have a history.”

Callbacks are more frequent for women getting their first mammogram since there are no images to compare the mammogram with. The radiologist may need several views to be sure everything is fine.

The best way to catch cancer early is an annual mammogram.